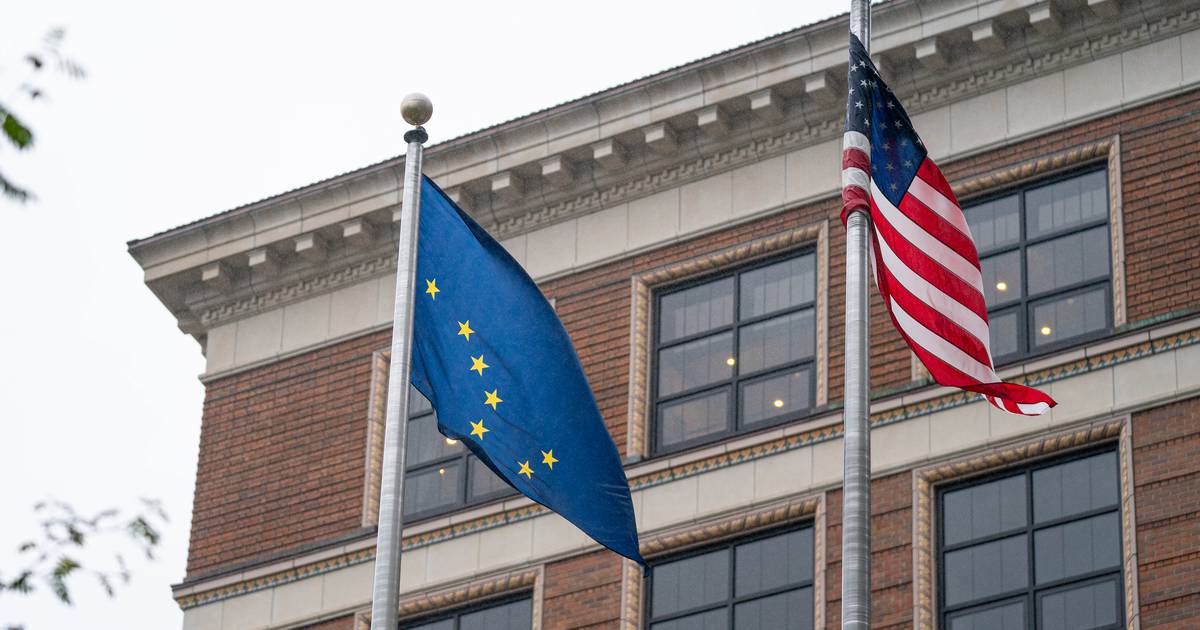 Walt Disney was drilling for oil in Alaska in 1938. Decades later, five years before Alaska became a state and just months before Disneyland opened, he and his staff drilled a second well on the Iniskin Peninsula at the southwest end of Cook Inlet.

Unfortunately, Disney and his gang left much of their exploration hardware, including many barrels of oil and lubricants, on this federally owned land to rust and add pollutants to the ground. And worst of all, it’s all still there. In fairness it has to be said that effective environmental laws weren’t passed until the early 1970s and the federal government didn’t force Disney to clean up its mess.

Ten years after Alaska became a state, oil was discovered in Prudhoe Bay, albeit not by Disney and his colleagues. The massive discovery required the construction of the 800-mile Trans-Alaska Oil Pipeline, and to make this easier the government was forced to settle Alaska’s Aboriginal land claims. To this end, the Alaska Native Claims Settlement Act (ANCSA) came into force 50 years ago this month. Through ANCSA, the federal government transferred 44 million acres to Alaskan Aboriginal businesses.

Several Alaskan companies selected these contaminated sites on the Iniskin Peninsula as part of their ANCSA promised land claim. They didn’t know what to expect. To date, neither Disney and its business partners nor the federal government that owned the land at the time of the contamination have cleaned the site.

Similar stories, if not as glamorous as that of Walt Disney’s endeavors to be the Beverly Hillbillies, have been repeated over 1,000 times in lands selected by Alaskan companies. Similar pollution has been left on these lands by the military, the Federal Aviation Administration, and others. Nobody expected the federal government to drop damaged goods under ANCSA, but unfortunately, that’s exactly what happened. No fairy tale here.

Federal law stipulates that the contamination must be removed by whoever was the registered landowner at the time such damage occurred. In the case of these sites, that registered landowner happens to be the United States of America. In 1990, Congress requested an inventory of contamination and decades later made a similar request after the federal government failed to comply. In 2016, the Bureau of Land Management (BLM) finally submitted a report to Congress that identified the contaminated sites on ANCSA areas. But from then until now, very little has been done to improve the situation.

In May Alaska Governor Mike Dunleavy sent a letter to President Joe Biden urging him to take immediate action to address this issue. Similarly, Alaska’s attorney general and I wrote letters to the Secretary of the Interior and the BLM asking them to develop a work plan to clean up these sites. What have we heard since we sent these letters? Grilling.

In the meantime, but not with a view to the Alaska contamination mentioned above, the EPA released a memo in July entitled “Strengthening Environmental Justice through Cleanup Enforcement Actions”. In the memo, the EPA states that it will “ensure quick cleanups by those responsible,” with a special focus on locations with concerns about environmental justice. In fact, there is no greater environmental justice issue in Alaska than this. In addition, President Biden’s senior environmental attorney recently alerted companies that his team is ready to tackle pollution in vulnerable communities. In view of this commitment, I hope that they too will begin to keep themselves and their federal colleagues to the same standard.

By then, the state of Alaska, led by Governor Dunleavy, had filed 548 letters of intent suing the federal government for lack of progress in cleaning up ANCSA-contaminated sites. It wasn’t supposed to happen that way. Generations have passed since the lands were transferred and it is high time the federal government worked together to clean up these sites. We asked nicely and now we’re ready to play hardball. As Walt Disney said, “You may not notice when it happens, but a kick in the teeth can be the best thing in the world for you.”

Jason Brune is the officer in charge of the Alaska Department of Environmental Conservation.

The views expressed here are those of the author and are not necessarily endorsed by the Anchorage Daily News, which welcomes a wide range of viewpoints. To submit a piece for review, send an email to commentary (at) adn.com. Submit submissions of less than 200 words to [email protected] or Click here to submit using any web browser. Read our full guidelines for letters and comments here.

Democrats say they take the state elections seriously. But are you too late?