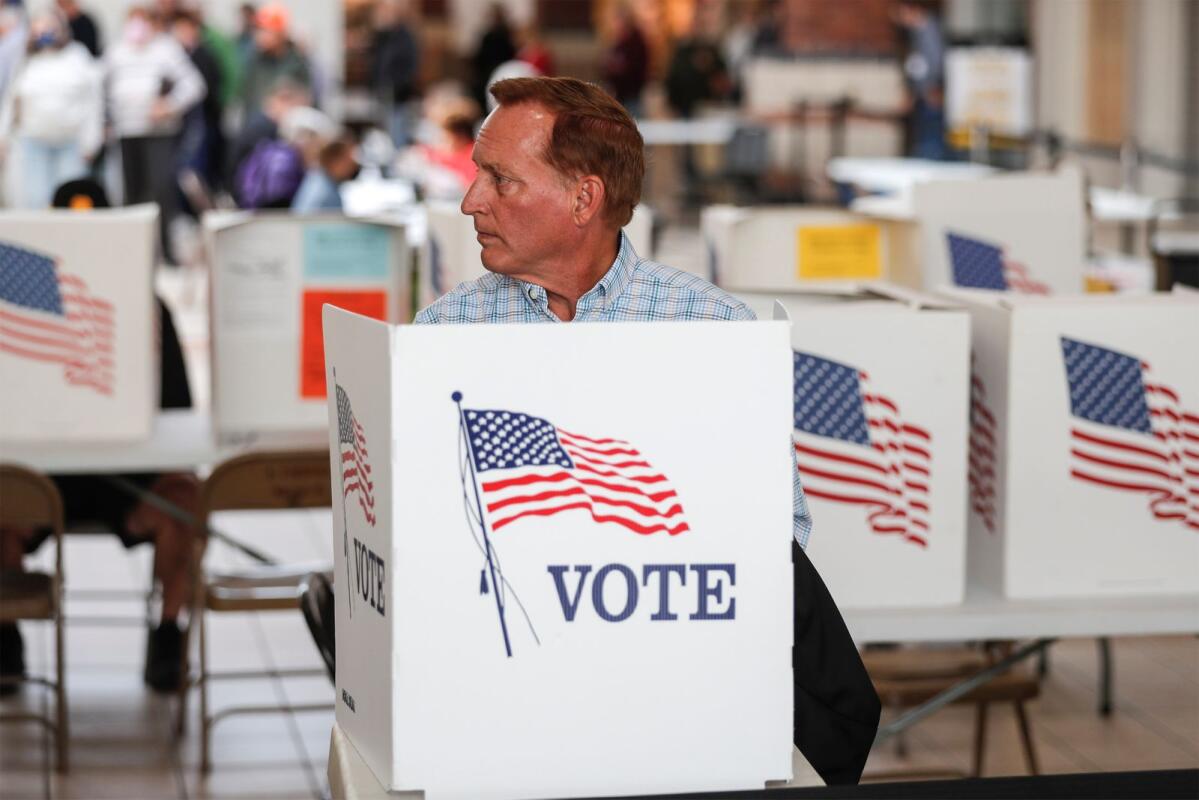 Also, the newest Iowa Supreme Court Justice will be sworn in on November 18th

Iowa Secretary of State Paul Pate announced Tuesday that all 99 counties will be required to conduct a two-race hand count exam after the Nov. 8 election. Previously, the officials had to carry out an examination at a race.

For the election of the governor, a randomly selected district within each district hand-tallyes these votes. These results are compared to ballot papers to ensure accurate vote counting.

The Secretary of State’s office will announce an additional campaign and randomly selected districts in each county for another hand count review.

“This is being done to ensure Iowans the integrity of the vote,” Pate said in a press release. “Our post-election audits consistently matched the ballots perfectly. Adding another race to the process gives the process more protection, transparency, and security. We want Iowa residents to know their vote counts.”

Pate, a Republican, has been in recent months attempts to curb misinformation and disinformation in voting, even if some of it comes from members of his own party. Pate’s office has produced statements, videos and other information, including a special “Myth vs. Fact” website that pushes back lies and distorted facts about the Iowa election.

Up for re-election, Pate is being challenged by Linn County Comptroller Joel Miller, who claims Pate has not done enough to disprove politicians who spread election fraud.

David May will be sworn in as the newest Justice on the Iowa Supreme Court during a public ceremony Nov. 18.

Iowa Supreme Court Chief Justice Susan Christensen will take the oath of office on May in the Supreme Court courtroom at the Department of Justice building in Des Moines.

May will become the fifth judge appointed by Gov. Kim Reynolds to the Iowa Supreme Court, and the entire seven-member court will consist of Republican appointments. He replaces Justice Brent Appel, the last Democrat-appointed judge to reach state retirement age earlier this year.

May previously served on the Iowa Court of Appeals and as a District Judge in Central Iowa.

“When states formed the National Anti-Robocall Task Force, we pledged to lead the fight against anyone who helps these scammers and robocallers. With these investigations, we’re doing just that,” Miller said in a press release.

The national task force, created in August, is investigating and taking legal action against telecom companies responsible for bringing much of the foreign robocalls to the United States, Miller’s office said.