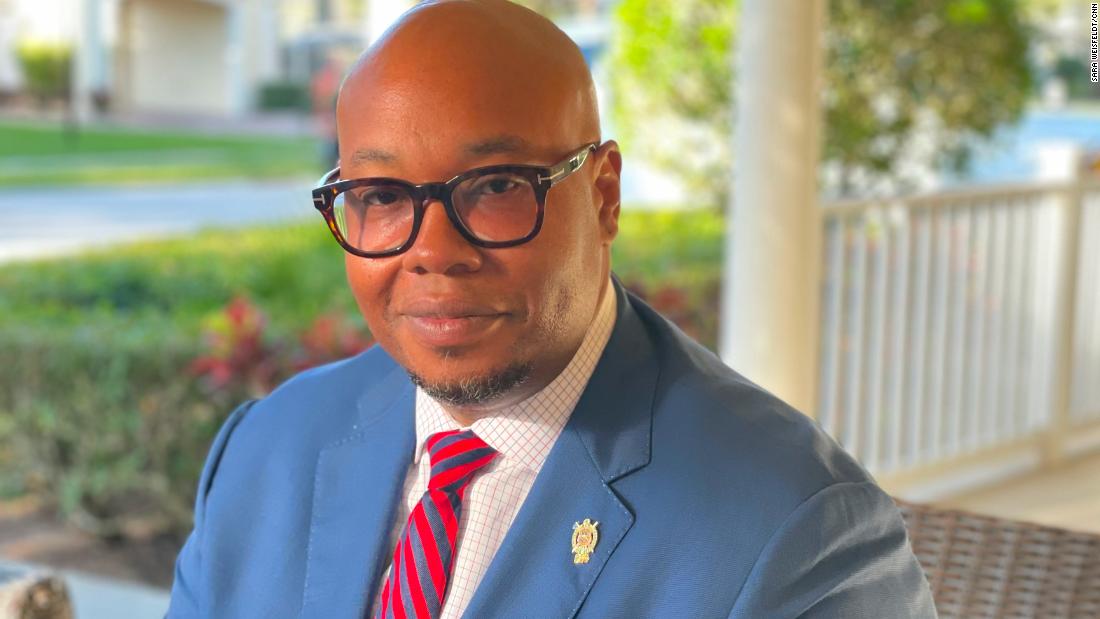 Dealing with schools in the pandemic resulted in him losing 50 pounds and collapsing. So this superintendent got out

“When I went away and had time to actually sleep, not answer the phone 24 hours a day, play with my kids, you started to realize I was somewhere else,” Fennoy said. “There were some really dark moments.”

Fennoy became part of what observers say has been a growing trend of principals leaving their posts since the pandemic began, even when experience and leadership are badly needed.

Fennoy had won what he called “the greatest job of all time” three years earlier. He became the youngest and first black superintendent of Palm Beach County Schools in Florida, the tenth largest district in the United States.

“I just love education so much. It’s all I’ve ever really done professionally,” he said. “To me, our entire economy is based on what we produce in terms of our education system. It plays such a crucial role in our country. And I just like to contribute.”

He knew it was going to be difficult and he probably would never please everyone, but he never imagined how abruptly his role would change with the chaos of Covid-19.

The schools had to be closed, but the children still had to be taught. Plans had to be made to reopen buildings with ever-evolving safety advisories. Employees and families could contract a terrible new disease. Fennoy knew that personally. In May and June 2020, his wife’s parents died, they believe it was Covid-19.

Added to this was the often toxic political atmosphere that invaded the school administration.

“Something has changed that has forced us to engage in politics more than ever. Democracy is messy,” Fennoy said. “I think Covid created the extreme disorder.”

It took a toll on Fennoy’s mental and physical health. He received threats in letters home and had a security team assigned to him. He lost about 50 pounds and had to constantly monitor his blood pressure, which was noticeably worse on school board meeting days.

At these meetings, he was accused of abusing children for signing a mask mandate and of inciting division because of his support for new justice policies. Fennoy was even compared to a Nazi general.

The reality of the effects of the stress became clear one night after a particularly controversial meeting.

“I was in my office and my daughter said it’s time for dinner. So I got up and the next thing I remember they were standing over me and screaming and screaming,” he said. “I have passed out.”

Fennoy tried to convince his family it was just an accidental fall to reassure them. His own mind, however, quickly filled with disbelief and fear, wondering how much longer he could take the stress.

He’s far from alone, according to the School Superintendents Association, which says it represents more than 13,000 school leaders in the United States and around the world.

“We’ve seen a large number of educators, including superintendents, principals, including teachers, leaving the profession and that will be a long-term problem,” said Dan Domenech, the association’s executive director. “It’s about threats. It’s about politics. It’s about not being able to do the work they feel is necessary to protect the children and their staff.”

In his 54 years in the education sector, Domenech said he has never seen the level of turnover among superintendents that districts are seeing today. He acknowledged that there was a shortage of superintendents in the school years leading up to the pandemic. The average tenure of superintendents, according to the association, is five to six years. The current climate, he said, makes it worse.
A poll by the National Superintendents Roundtable found Almost two-thirds of the superintendents who responded were considering quitting in the 2020-2021 school year.

“The biggest threat to school boards and public schools is the radicalization of school boards,” said Steve McCammon, the group’s executive director.

Jason Grissom, a professor of public policy and education at Vanderbilt University, says his research shows that a superintendent’s relationship with the school board is an important predictor of attrition. Now it’s also important to acknowledge the added stressors, such as logistics for remote schools, staff shortages and contact tracing, that are a result of the pandemic, among other things.

“Having to make very difficult decisions with so much uncertainty, but also being in the spotlight, is stressful for people,” Grissom said. “The stakes are very high.”

Kurt Browning put everything in perspective. He is a former Florida Secretary of State and served as the District Election Officer during the 36-day recount to decide the 2000 Bush-Gore presidential election. But he said Pasco County’s principal, an elected position, is now undoubtedly the toughest job he’s ever had.

Fennoy described one of the other unexpected difficulties. “If something difficult happened before Covid, there was another superintendent out there or a former supervisor I could call who had that experience,” he said. “When Covid hit you were on your own. There was no playbook. There was nothing to refer to.”

With state and federal Covid-19 response strategies at times conflicting, making public health decisions for the school district proved to be one of Fennoy’s greatest challenges. He openly jokes that despite his PhD, he’s not a “real” doctor.

There are no national statistics on superintendent changes, but statewide organizations that track superintendents in Arizona, Alaska, Colorado, Florida, Kansas and Idaho said more district leaders are now leaving their positions than before the pandemic.

In Colorado, job openings jumped from a recent trend in the low 30s to 42 in 2021, according to the Colorado Association of School Executives, and that’s not the only problem.

“Recruitment is more difficult than ever,” said the group’s chief executive, Bret Miles. “At a time when experience matters more than ever because there is no manual on how to navigate these matters.”

Hank Gmitro, chief search associate at Hazard, Young, Attea and Associates, one of the largest national search firms for executives in education, said fewer people overall were ready and willing to go into the superintendency.

“The problem now is frustration with the political implications of decisions that need to be made and the stress that causes,” he said.

The management of politics has now become part of the conversation for potential superintendent candidates and school board members.

At a Miami-Dade County Public Schools public meeting last week, school board candidates questioned superintendents directly about the challenge of politics playing a role in decision-making.

“When faced with a situation that threatens the needs of our school district or conflicts with dangerous Tallahassee policies, how do you plan to address such a challenge?” Lucia Baez-Geller, Board Member of the Miami-Dade School, surveyed all three finalists.

“For anyone thinking about jobs now, the first thing they do is watch YouTube videos of board meetings,” Fennoy said. “They have candidates looking at board meetings to see if I want to address it.”

Fennoy said he would still be running schools in Palm Beach County if there hadn’t been a pandemic, and he hasn’t ruled out the possibility of becoming superintendent again one day. He admits he misses his old job sometimes, especially his team, the camaraderie and the students.

Nearly four months after retiring, he is spending some of his time doing consulting work for businesses and non-profits, but is focused on family. He schedules his mornings around after school and attends the runway shows his six-year-old daughter puts on at home when Grandma sends her a new dress.

As for when he might consider another principal position, Fennoy said, “When I’m ready,” Fennoy was quick to note that his blood pressure is “fantastic” at the moment.