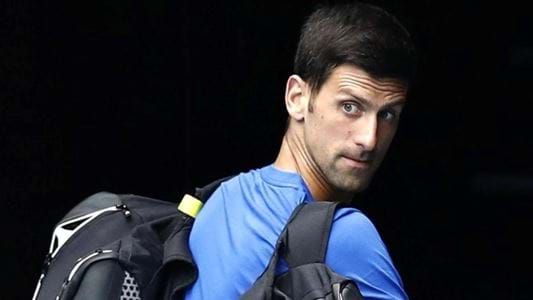 Novak Djokovic knows his fate is in the hands of the federal government and whether he will be allowed to compete in the Australian Open next January.

Preparation for this year’s Open has been overshadowed by Djokovic’s unvaccinated status, with the former number one deported on the eve of the event’s opening after the government said he may have disrupted civil order and his presence undermining the nation’s pandemic response.

Keep up with the latest news with The National Briefing – and keep up to date with breaking news:

With a new federal government, the Serb can apply for an exemption to enter Australia, with the matter to be considered by the new immigration minister. Andrew Giles.

Australian Open chief Craig Tilley said while the tournament would welcome Djokovic back, those involved knew it would depend on the government’s decision.

“What we are saying at this point is that Novak and the federal government need to clarify the situation. And after that we follow all the instructions,” said Mr. Tiley.

“We spoke generally. He said that of course he would like to return to Australia, but he knows it will be a final decision for the federal government.

“We’d love to welcome Novak back – he’s a nine-time champion.”

Mr Tiley said “ideally” Djokovic’s eligibility would be resolved sooner rather than later as the player application deadline nears.

“The Australian Open has a registration deadline in December, so obviously they have to stick to that schedule,” he said.

The briefing provides the latest headlines and an in-depth look at an issue that affects you. Hosted by Tom Tilley and co-hosts Katrina Blowers, Antoinette Lattouf, Rhianna Patrick and Jamila Rizvi. Comes out Monday through Saturday at 6am for an in-depth briefing on the day’s news. Hear it on the list no apartment

Justice in New Mexico: State courts ask for help to clean up cannabis

Voters may care more about the cost of french fries than the compelling evidence from the Jan. 6 panel