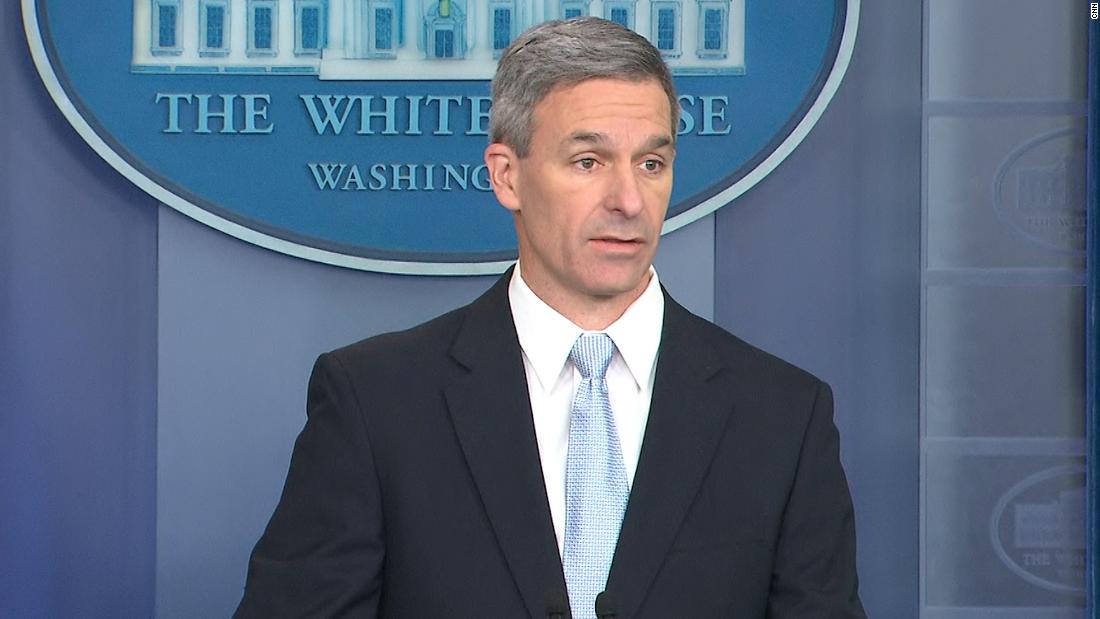 Cuccinelli said his interview lasted about four and a half hours.

The committee spent about 30 minutes asking Cuccinelli about the Jan. 6 incidents, he said, and another 30 minutes asking him about DHS preparations for that day. But the rest of the interview had nothing to do with what happened on Jan. 6, Cuccinelli added, making it clear that the time spent on each topic was a rough estimate based on memory.

“It was striking how little time was spent on January 6,” he told CNN in an email.

The committee asked Cuccinelli about talks he had with former President Donald Trump, Cuccinelli told CNN. He said he identified issues that were discussed but declined to answer more detailed questions about those discussions.

The committee declined to comment on its interview with Cuccinelli.

CNN previously reported that the committee reached out to Cuccinelli and Chad Wolf, two senior officials in the Trump-era Department of Homeland Security, and asked them to volunteer to speak to the panel.

Cuccinelli was a constant presence at meetings of the Oval Office at which various plans to challenge the results of presidential elections in key states were discussed, according to documents from the Senate Judiciary Committee.

Sometime in late December, Trump came up with the idea of â€‹â€‹using Cuccinelli as a “special investigator” to investigate electoral fraud, according to a statement by former Justice Department Richard Donoghue.
Trump told a group of officials “something like, ‘I think Ken Cuccinelli would be a great special investigator,” “so Report of the Senate Committee.
In December 2020, The New York Times first reported that Trump’s former attorney Rudy Giuliani Cuccinelli. called, then second in command of DHS, and asked if the department could seize voting machines in certain states in order to re-examine them for evidence of widespread electoral fraud.

Cuccinelli told CNN in October that he had told Giuliani that the ministry had no legal authority to seize voting machines or disrupt state elections. Cuccinelli also said that “no one at any level pushed us to do anything outside of our existing mission sets.”

The US should consider a military option against Iran, says a panel of former elected US officials and diplomats