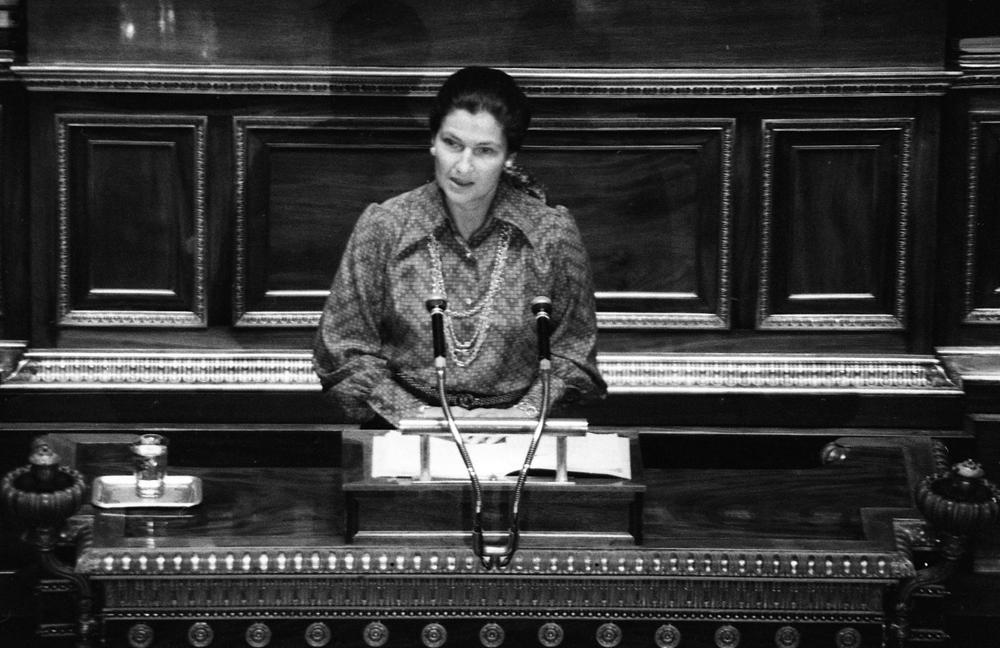 The right to abortion appears to be little threatened in France – it has been enshrined in law for 47 years and enjoys broad support across the political spectrum. But more and more French women are asking: could what happened in the US happen here one day?

The US Supreme Court‘s decision to strip women of abortion rights has resonated across Europe’s political landscape, bringing the issue back into public debate in France at a time of political upheaval.

With women increasingly occupying senior positions in French politics, lawmakers in both chambers of Parliament have proposed four bills to enshrine abortion rights in the French constitution to protect it from future threats.

The most notable initiative comes from President Emmanuel Macron’s centrist alliance. His critics on the left say Macron’s party is opportunistic, while far-right critics accuse it of using the issue to divert attention from more pressing issues.

Abortion was decriminalized in France by a 1975 law named after Simone Veil, a prominent lawmaker, former health minister and key feminist who championed it.

“This right was won and was inalienable,” said Yaël Braun-Pivet, the first elected speaker of the National Assembly, France’s most powerful parliament. In her first speech to the chamber last week, Braun-Pivet made the inclusion of abortion rights in the French constitution a top priority.

“Today, as a woman, I am convinced that we have to be the minders so that he stays in place forever,” said Braun-Pivet.

Prime Minister Elisabeth Borne also expressed concern about the potential impact of the US Supreme Court decision on recent efforts to recriminalize abortion in Europe. Borne, only the second woman in French history to be appointed prime minister, called the reversal of abortion laws in the US a “historic twist in the wrong direction”.

“It is a stark warning that women’s rights should never be taken for granted,” Borne said last week after a meeting with healthcare providers and reproductive health specialists in Paris. She called for these rights to be included in the French Constitution and the Charter of Fundamental Rights of the European Union.

The European Union Parliament on Thursday adopted a resolution condemning the US decision and calling for the inclusion of a phrase reading “Everyone has the right to a safe and legal abortion” in the EU Charter of Fundamental Rights. Abortion is legal and practiced in most EU countries without much political opposition, but it is banned in Malta and severely restricted in Poland.

In France, a poll this week found that a solid majority of respondents support abortion rights, including most voters who support Marine Le Pen’s far-right National Rally party and the conservative Republicans. The results were consistent with previous surveys.

However, an attempt to add abortion rights to the French constitution could founder if Macron’s political rivals decide they don’t want to give him an easy victory.

“Nobody questions the right to an abortion,” Le Pen said on Radio France-Info last week. Still, she has criticized efforts to enshrine abortion rights in the constitution and accused Macron’s allies of “political distraction.”

“They want to divert the focus from the main concerns of the French, which are purchasing power, security and runaway immigration,” Le Pen said.

On the far left, lawmakers noted that Macron’s party rejected previous efforts to enshrine abortion in the constitution. Mathilde Panot, leader of the far-left France Unbowed group, is now urging Borne to propose a government bill on the issue, rather than a bill coming from Parliament, which would speed up the process.

Last year, French lawmakers passed a law that extended the abortion period from 12 to 14 weeks and allowed midwives to perform the procedure.

“People think women will always have that right, but with the rise of conservative political and religious movements, we have our doubts,” said Violaine De Filippis, a Paris lawyer and feminist activist who joined the march.

Anne Levade, a professor of public law at La Sorbonne University, said in a blog post that “in France there is clearly no risk that abortion rights will ever be challenged, as has been the case in the US.”

But Mathilde Philip-Gay, a law professor and specialist in French and American constitutional law, said the French Constitutional Court could also be influenced by politics if groups develop a long-term strategy to end abortion rights.

“It’s not on the agenda right now, but in 10 or 12 years, French judges could be doing the same as Supreme Court justices,” Philip-Gay said.

Inclusion in the French constitution “could make it more difficult for anti-abortionists to challenge these rights, but would not prevent them from doing so in the long term.”