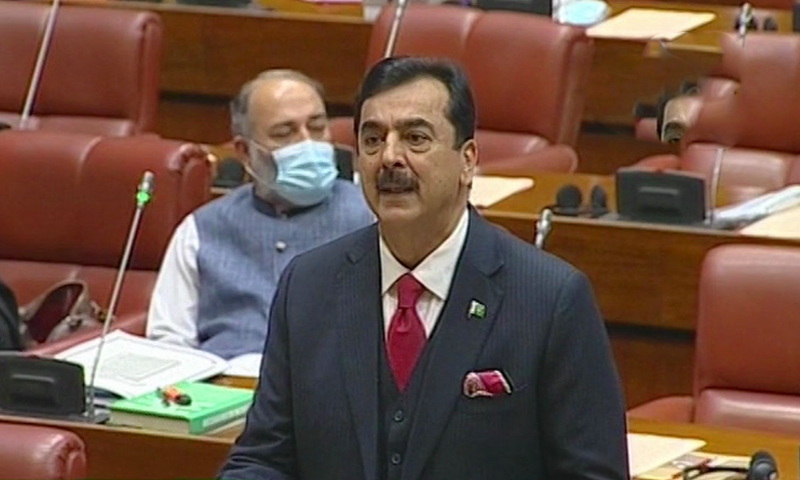 In his petition, filed through his attorney, Farooq H. Naek, Mr. Gilani challenged the Islamabad High Court’s March 31, 2021 order dismissing a similar cause of action.

With the support of the Pakistan Democratic Movement (PDM), Mr. Gilani had contested the Senate elections in Islamabad on March 3, 2021 against Dr. Hafeez Shaikh, a candidate of the then PTI government, won. The PDM later nominated Mr. Gilani for the coveted post of Senate Chair.

president dr Arif Alvi on March 11 appointed Senator Syed Muzzafar Hussain Shah, who, according to the petition, had long had hostile attitudes and biases towards the PPP, to head the Senate elections.

On March 31, 2021, the IHC had dismissed an inter-trial appeal, finding that the Chairman’s decision was immune under the Constitution because it dealt with the internal affairs of the Senate.

The petition alleged that the Supreme Court failed to recognize that voters had been asked to put a stamp in the box of their preferred candidate and that the petitioner’s Returning Officer had specifically raised the objection before the Chairperson during the initial count Officials that voters were correct in stamping the mark in the box required by the rules/guidelines/instructions. But it regretted that the chairman arbitrarily rejected seven votes with malicious intent and ulterior motives.

The petition stressed that the Supreme Court failed to appreciate and take into account the Chairman’s malicious intent that hung on the surface of the records, showing prima facie that the electoral process was not fair, just or impartial.

It was tainted with malice and the Chairman was hellbent on helping the then ruling party by abusing due process of law and his official authority/powers.

The petition argued that the Supreme Court also failed to recognize that “in a politically polarized environment, intervention by the courts, even in defiance of constitutional requirements, would likely have a profound impact on people’s confidence in the impartiality of the judiciary”.

“The arbitrary denial of votes is an attempt to disenfranchise the representatives of the Pakistani people and steal the elections using the electoral machinery itself. This behavior violates Article 19 of the Constitution and, if left unchecked, will be tantamount to the collapse of the very basic tenants and structures on which our Constitution is based,” the petition reads.