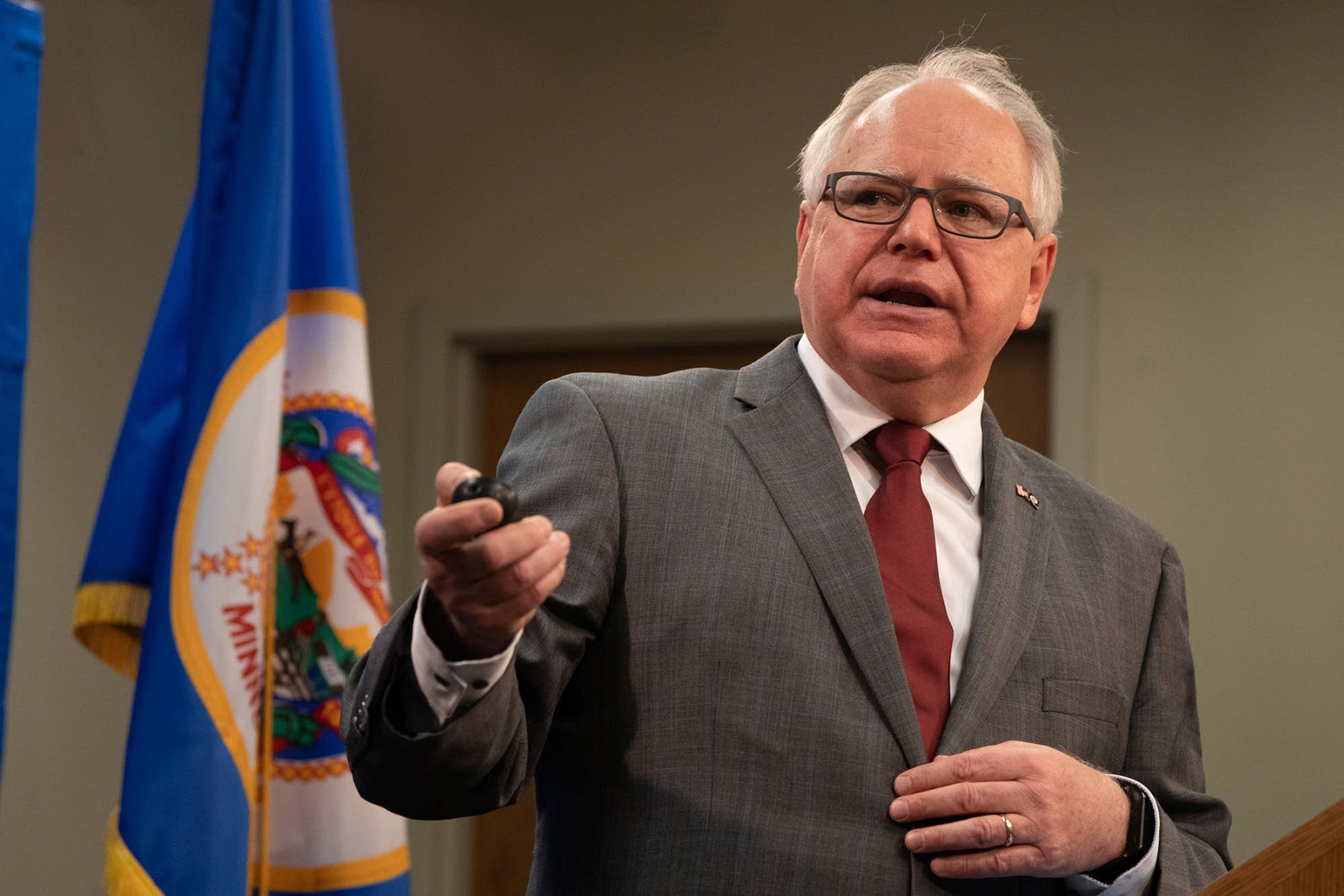 Gov. Tim Walz said Thursday he “hoped there would be an investigation” into a state judge who ordered the Minnesota Department of Education to resume payments to a local organization suspected of defrauding the federal government.

Walz made the remarks at a news conference Thursday morning. He credited his government for responding to suspicions early, which eventually led to indictments this week against 48 defendants in the country’s largest COVID pandemic scam. The DFL governor, who is up for re-election in the autumn, also criticized “people in politics who are angrier that they can’t blame us for everything than acknowledging that we caught criminals”.

“We uncovered this fraud,” said Walz. “We caught it very early. We alerted the right people.”

Federal prosecutors on Tuesday announced indictments against defendants allegedly involved in a massive scam in Minnesota that swindled $250 million in federal money for food aid to feed low-income children.

The charges against Feeding Our Future executive director Aimee Bock and her alleged co-conspirators are quickly becoming a source of political blame and backslapping in an election year when multiple offices are at stake.

Federal prosecutors allege that Bock and several organizations working under Feeding Our Future grossly exaggerated or entirely made up the number of meals they served in order to obtain federal funds, which they used instead to buy homes, cars and other goods .

Republican gubernatorial candidate Scott Jensen, a former state senator, posted a video on his Twitter account on Tuesday, which read, “Fraud is rampant in Minnesota amid the lack of leadership under Tim Walz.”

Republicans are criticizing the Walz administration for failing to stop the alleged fraud, while the governor is keen to highlight steps the state government has taken over the past year to crack down on Feeding Our Future.

The Minnesota Department of Education decided in March 2021 to freeze federal payments to Feeding Our Future and stop approving their applications for new food dispensaries. The education department has broad oversight of the money and distributes it to sponsoring organizations like Feeding Our Future, which then pass it on to smaller organizations to work under them and aim to feed underprivileged children and adults.

Walz said he was “speechless” when Ramsey County District Court Judge John Guthmann ruled in April 2021 that the state must continue those payments and site permits for “Feeding Our Future.”

When asked by a reporter whether Guthmann should step down, Walz said: “I would hope that there would be an inquiry into this because to be honest – and I’m very careful about that and understand my position and the separation of powers – we respected that.” Judge’s decision but I could – and yes I could tell you I was speechless, unbelievable that this verdict was going to come down, didn’t know what to say. Of course we had to take that into account [the judge’s order].”

Walz credited his administration with trying to stop payments in 2021 and tip the FBI off, which he says led to this week’s indictments.

Guthmann later found the Department of Education to be in contempt of court, and fined the state more than $47,000 and attorneys’ fees for failing to timely process applications under Feeding Our Future.

Legal experts and some Minnesota Republicans say Walz wrongly proposed an investigation into Guthmann’s verdict. They also questioned why the state had not appealed the judge’s decision at the time.

“Lax oversight allowed bad actors to commit this massive fraud and there were no appeals against the judge’s verdict. This problem is not in the judiciary, it is in the Walz administration,” State Senator Roger Chamberlain, R-Lino Lakes, said in a statement.

Chamberlain chairs a Senate committee that held hearings on the issue this summer; It released findings earlier this month accusing the Department of Education of mismanaging federal money.

Joseph Daly, professor emeritus at Mitchell Hamline School of Law, said Walz should not have opened an investigation against a judge. The governor is permitted to raise concerns about Guthmann’s decisions, he said, but to speak of an inquiry risks addressing the doctrine of separation of powers, which puts executive, legislative and judicial branches equal and separate in government.

The proper process to appeal Guthmann’s verdict would have been if the state had appealed in 2021, Daly said. The state did not appeal.

“I don’t understand why Judge Guthmann’s decision wasn’t appealed given what Gov. Walz said this morning about what he knew and suspected,” Daly said Thursday. “That was a big mistake, in my opinion.”

Walz’s office did not respond to requests for interviews about his statements. The Minnesota Democratic Farmer Labor Party and other DFL officials did not respond for comment.

The attorney general’s office, representing the education ministry on the matter, declined to comment Thursday.

The Department of Education decided not to appeal Guthmann’s verdict because it feared rising legal costs, department spokesman Kevin Burns said Thursday. The department believed continued legal action could bring Feeding Our Future to the attention of the federal investigation, he said.

“The court had clarified that if we continued the litigation to withhold payments, MDE [Minnesota Department of Education] would result in additional sanctions and penalties,” Burns said.

Kyle Christoperson, a spokesman for the state court’s administrative office, said Guthmann was out of office Thursday but expected to release a statement on the matter on Friday.

Both Walz and Judge Guthmann are up for election in November.

The Winds of Europe Blow to the Right: How Conservatism Gains Momentum in the Old Continent