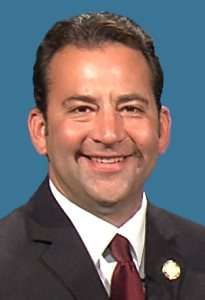 Bills debated in the house

On Wednesday this week, the House of Representatives debated five bills. Here are some details of these invoices:

* Senate bill 2 would allow the Kansas State Fair Board to designate a common consumption district at the fairgrounds. Also, of the taxes levied on the gross receipts from the sale of alcoholic beverages, 30% is credited to the General State Fund. This bill passed, 87-31.

* House bill 2462 amends current law to remove requirements for membership of committees for legislators appointed to the Joint Committee on State-Tribal Relations. That bill passed, 118-0.

* Senate Bill 421 Approves a $1 billion payment from the State General Fund to the unfunded liability of the Kansas Public Employee Retirement System (KPERS). By authorizing this payment, we would eliminate a shift payment with a current interest rate of 7.75% and reduce the unfunded liability, both of which represent annual cost savings. This happened 113-5.

* House bill 2652 extends expiration dates for certain parts of the government’s response to the COVID-19 pandemic. That score passed 102-7.

House Concurrent Resolution 5027, if passed, would introduce a motion to Congress under Article V of the U.S. Constitution that a convention propose amendments imposing tax restrictions on the U.S. federal government, limiting the powers and jurisdiction of the federal government would, and establish term limits for federal officials. Currently, only 17 states have passed similar resolutions, where it takes 34 to convene the convention. Numerous amendments were tabled during the nearly two-hour debate, many of which were not adopted.

The resolution failed as a supermajority is required to walk out the House by 84 votes. I voted “yes”.

This month I will be officiating numerous legislative townhalls throughout the 109th Kansas House District. On Thursday, March 24th, Senator Elaine Bowers and I will begin the day mankato at 8:30 a.m. We will then have a town hall Smith Center at 10 a.m. We’ll move in the afternoon Osborne for a planned town hall at 13:00 and then on to paradise United Methodist Church for a 3:00 p.m. appointment. On Saturday, March 26th, we’re holding a Townhall at Violette’s Coffee Shop Lincoln At 9 o’clock.

Whenever one wishes to participate and listen to developments in committee hearings or discussions in the House, one can tune in by listening to the audio below www.kslegislature.org.

As always, if you have any concerns, please feel free to contact me at (785) 296-7672, follow me on Twitter at @waymaster4house, or email me at [email protected] Please contact me regarding any issues and laws that we discuss during the session.

It is a special honor to serve as your representative for the 109th Kansas House District and the State of Kansas. Please contact me with your thoughts, concerns and questions. It’s always good to hear from the residents of the 109th house district and others in the state of Kansas as well.