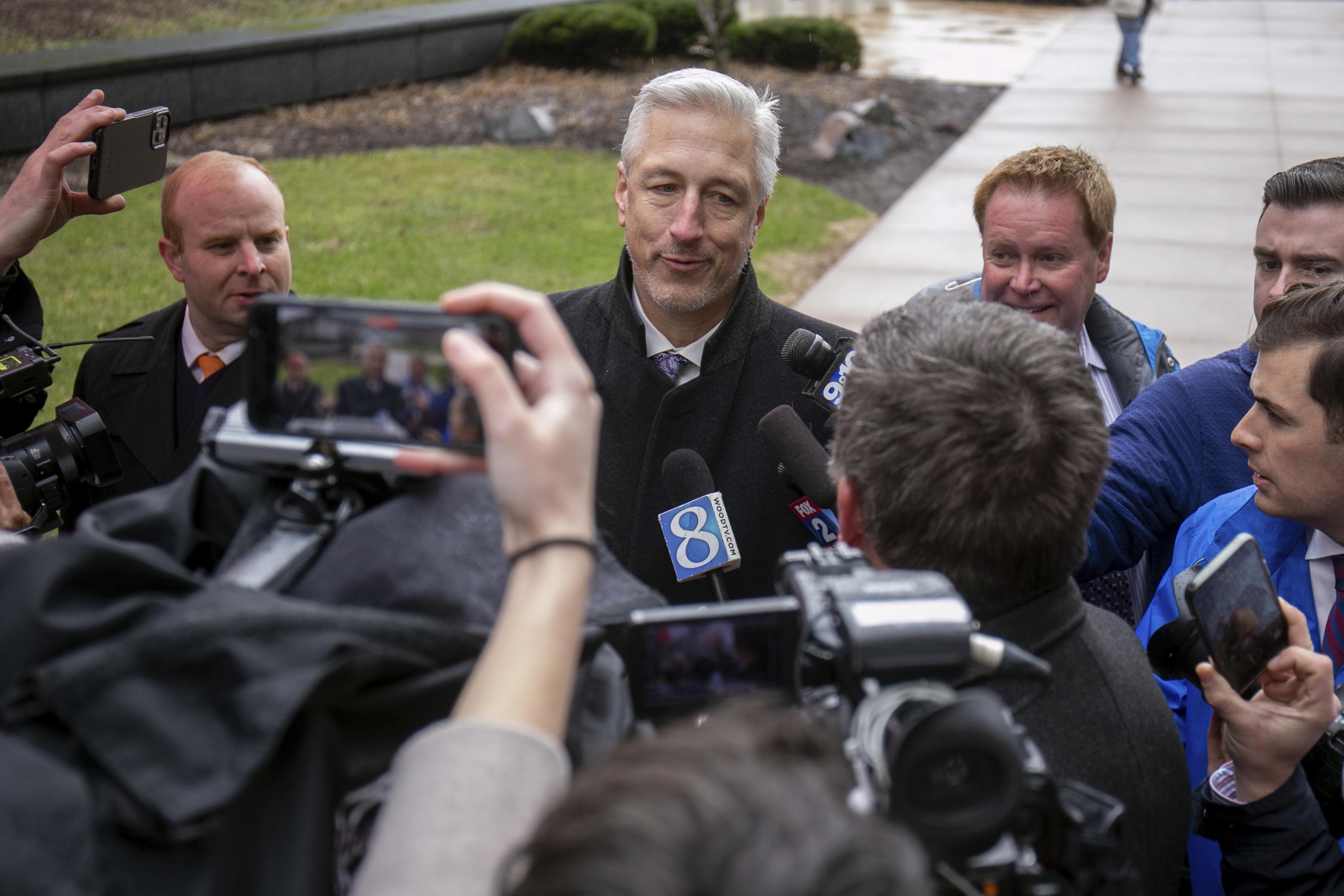 In the outcome of the Whitmer case, some see freedom, others see danger

Outside the Michigan Courthouse, where a jury did not convict One of the four men accused of kidnapping Gov. Gretchen Whitmer said a defense attorney the jury accepted the alleged conspiracy for what it was: dirty FBI tactics and “rough talk.”

The men – who spoke via audio during the trial about killing Whitmer, blowing up a bridge and other acts of violence – said nothing shocking, attorney Michael Hills said. He noted that one of the defense witnesses he called to testify had planned to claim that he had “heard worse things from pregnant mothers up in the Capitol.”

But for others, Friday’s outcome after a week-long trial was a chilling reminder that the political violence raging across the US all too often goes unpunished. From attacks on social media and elsewhere that disproportionately affect female lawmakersto the uprising of January 6th People are increasingly upset about the US Capitol and the plan to kidnap Whitmer and feel encouraged to act on it, they say.

Whitmer, a Democrat, has accused former President Donald Trump for stoking anger over COVID-19 restrictions and refusing to condemn right-wing extremists. On Friday, her office said people across the country are witnessing a “normalization” of violence. A Democratic state lawmaker said the threats would not be taken seriously “until someone dies.”

“The conspiracy to kidnap and kill a governor may seem like an anomaly. But we have to be honest about what it really is: the result of violent, divisive rhetoric that is all too common in our country,” Whitmer’s chief of staff JoAnne Huls said in a statement. “There must be accountability and consequences for those who commit heinous crimes. Without accountability, extremists are encouraged.”

Whitmer was not a trial witness, did not attend the trial and did not comment directly on the proceedings, but on Saturday she alluded to the outcome of the trial.

“I’ve often been asked why the hell I want to keep doing this job. And after yesterday, I’m sure we’ll all have to ask ourselves that question once or twice,” she said during a speech at the Michigan Democratic Party Endorsement Convention in Detroit. “But here’s why: Tough times call for tough people, and we’ll get through this together.”

Four men – Adam Fox, Barry Croft Jr., Brandon Caserta and Daniel Harris – were arrested in October 2020. Federal prosecutors said they wanted to kidnap Whitmer because they were angry about the pandemic restrictions she imposed and saw her as a “bully” that needed to be removed.

The charges came at a particularly contentious time as debate raged between Trump and Joe Biden over the pandemic and just weeks before the 2020 presidential election. Armed protests erupted at the Michigan Capitol and elsewhere in the US, and demonstrations took place on the streets of many cities against the police killing of George Floyd became violent at times.

Defense attorneys argued that the men were captured by the FBI – drawn into an alleged conspiracy that they would never have participated in if they had not been lured by the government and their informants. They portrayed the men as wannabes who were often high and easily influenced, or in one case, ex-military personnel looking to brush up on their firearms training.

Ahead of the verdict, the jury said they could not unanimously agree on all 10 charges against the men after deliberating for nearly five days.

Harris (24) and Caserta (33) were found not guilty of the conspiracy. Harris was also acquitted of charges related to explosives and a gun.

The jury failed to reach a verdict for Fox, 38, and Croft, 46, meaning the government may try them again.

US Attorney Andrew Birge said after the verdicts: “We have two defendants awaiting trial and we will get back to it.”

Hills, defending Caserta, said the result sent a message to the government that the FBI’s actions were “ruthless.” He said the federal government should “let it go” rather than try Croft and Fox a second time.

Rep. Marjorie Taylor Greene, a Republican, tweeted after the ruling that “The FBI and DOJ need a full and complete purge. … All the rot must be removed and these agencies must be restored.”

Others were stunned by the jury’s decision, saying she set a dangerous example.

US Rep. Debbie Dingell, a Democrat, called for an end to “hatred and division in this country” and said she was “deeply concerned that today’s decision in the Whitmer kidnapping trial will give people another freedom, violence and… threats to vote.”

Garlin Gilchrist, Lt. gov. of Michigan, called on elected officials, parents, teachers and others to “stand back against these hateful actions and teach our children that there is a better way.”

“Our differences must be settled at the ballot box, not through violence,” he said. “We must be honest and clear about what causes extremist violence and do everything we can to address the root cause of it.”

Michigan State Rep. Laurie Pohutsky, a Democrat, noted on Twitter that a man who threatened to kill her in 2020 has been acquitted.

“The next time you ask why we can’t get good people to run for office, think of today’s verdict,” she said, adding, “That’s not taken seriously until someone dies.”

For AP’s full coverage of the Whitmer kidnapping trial, go to: https://apnews.com/hub/whitmer-kidnap-plot-trial