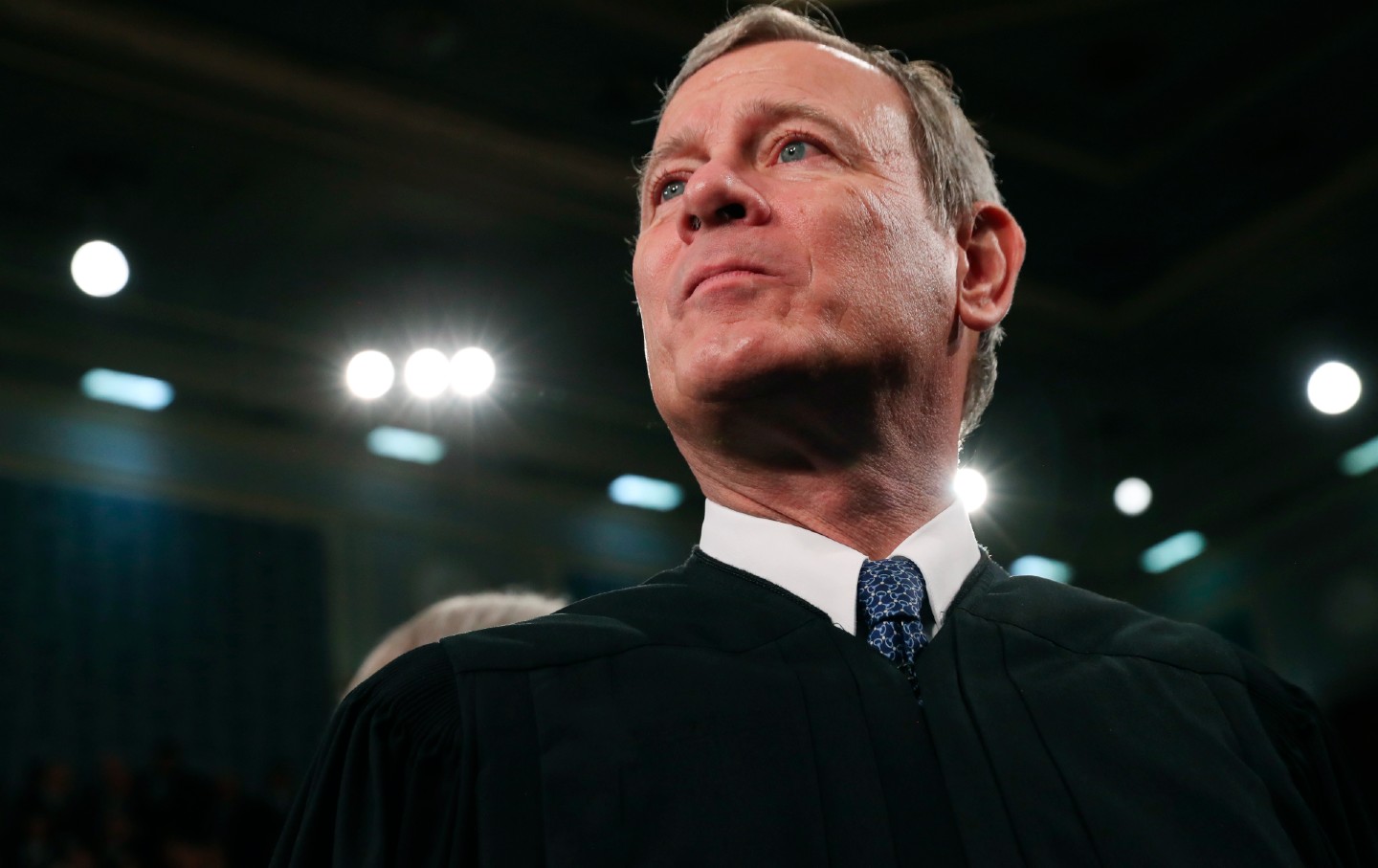 John Roberts gets an F in his annual report

Thank you for signing up The nation‘s weekly newsletter.

Thanks for signing up. For more of The nation, check out our latest issue.

The nation Reader Supported: Enter $10 or more to help us keep writing on the topics that matter.

Did you know you can support? The nation by drinking wine?

Each December, the Chief Justice of the United States Supreme Court prepares a Year-End Report on the Federal Judiciary. Despite the obvious ambition suggested by its title, it’s meant to be boring. It’s supposed to be a pain reliever. It’s meant to be less the legal version of the State of the Union and more a hackneyed message about how “great” things are going on the bench, usually with some pre-packaged stats showing how hard the judges are working.

On first reading, John Roberts’ 2021 review does not disappoint. It begins with a history lesson about the Judicial Conference — an advisory body established 100 years ago that oversees the administration of the courts — and has all the stylistic traits that the media has consistently lauded Roberts for: it’s good-natured, comforting, and mundane to the point of the Hokey. Never mind that things are far from right within the judiciary – that the judiciary has been taken over by an army of conservative hackers and the Supreme Court has veered so sharply to the right that even the general public has noticed and its poll numbers are up Record course has brought lows. Roberts’ nine-page report addresses none of this. To the untrained eye, it reads as completely harmless.

But I know better. Robert’s year in review has all the charm of an old country goose: ordinary and unassuming from afar, but a short-tempered, irascible beast who pecks your eyes out if you get too close.

Roberts frames it as a serious plea for the “institutional independence” of the judiciary – or “the power of the judiciary to administer its own affairs”. To this end, he commends the merits of the Judicial Conference and the idea that the courts can and should monitor themselves. But like a kid who agrees to be grounded before the full extent of his misdeeds can be revealed, Roberts isn’t making that suggestion for some damn innocent reason. He raises the issue of the independence of the judiciary as Congress is finally considering curbing the rampant corruption it doesn’t want to stop and punishing the ethics violators it doesn’t want to hold accountable. Of course, Roberts would like people to think the judiciary should be self-policing, because that means judges are not being policed ​​at all.

The issue that seems to have sparked Congressional concern — and Roberts’ opposition — is a scandal that rocked the judiciary last year. In September, a Wall Street Journal Investigations found that 131 federal judges failed to properly handle cases involving companies owned by the judge or members of the judge’s family. Since that first article (which only covered cases tried between 2010 and 2018), the diary has reported that 136 judges in 777 court cases subsequently notified the parties that they should have withdrawn and that the cases could now be reassigned to other judges or resumed. The corruption exposed by the diary is a violation of a Watergate-era law that forbids judges (or their family members) from owning even a small interest in a company litigating before them. The violations are too numerous to be chalked up as one-off mistakes and speak to a pervasive disregard for the rules and a culture of indecency.

Congress recognized this immediately. The House of Representatives held a hearing in October to make judges’ financial disclosure forms available to the public (as they apply to elected officials), which would help interested parties identify judges who shouldn’t hear their cases, rather than wait to do so The Wall Street Journal (or the judges themselves) to do it. The Senate Judiciary Committee has proposed modernizing the rules of judicial ethics and disclosure requirements. And Sen. Elizabeth Warren and Rep. Pramila Jayapal have expressed interest in legislation that imposes civil penalties on judges who fail to resign when they should.

Roberts refuses to condone any of this. In his year-end report, he hits back at the possibility of congressional interference by trying to make people believe that the whole problem can be solved with more webinars. “Overall,” he writes, “our ethics training programs need to be more rigorous. That means more class time, webinars, and consultations. But it also requires more attention to fostering a culture of compliance, even when court dates are packed.”

Roberts takes a similar approach to what he calls “improper conduct in the judicial workplace” (which I can only assume relates to sexual harassment, although Roberts declines to name it). Despite repeated reports of sexual harassment and misconduct in the judiciary, Roberts is not the first to claim that “improper workplace behavior is not pervasive in the judiciary.” He then suggests that extended counseling and training should resolve the few cases that he is willing to admit actually happened. What will not be necessary is congressional interference. “I appreciate that Congressmen have expressed lingering concerns on this important matter,” he writes, before offering a final rebuff.

Even the overtly hokey bits have unsettling undertones. The report is framed by a discussion of William Howard Taft. Roberts portrays Taft as a chief justice who, despite being president, upheld the principles of judicial independence. But history remembers Taft’s time in court as one that was terrible for workers: The man literally smashed a tax on companies that used child labor. Taft’s most famous case is one in which he upheld the president’s right to fire federal officials without Senate approval, and let’s not forget that as president, Taft all but refused to appoint African American federal officials, firing many of those who held office his predecessor. This is the man Roberts wanted to highlight in late 2021.

I would call Roberts’ year-end statement “brazen,” but he knows that most people in the media don’t know the full story of Taft, the rejection scandal, or the options for ethics reform. And he knows that even if people did know these things, the Democrats in Congress and the White House lack the power or vision to contain him and his cohorts.

Robert’s calls for judicial independence are actually calls for the judiciary to take precedence over accountability. I guess some branches of government are becoming more equal than others.

A Declaratory Theory // The Observer