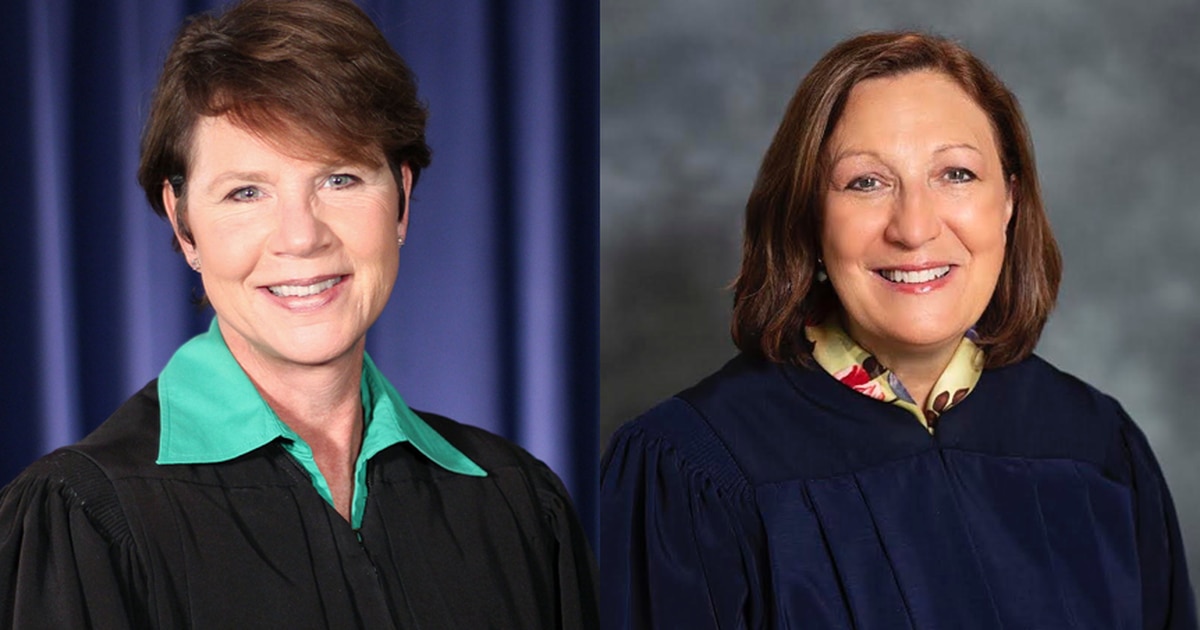 O’Connor cannot run again due to the state age limit for the seat. Two current justices, Democrat Jennifer Brunner and Republican Sharon Kennedy, are seeking to succeed them as Chief Justice. If a current justice wins the office of chief justice, the governor may appoint a replacement to fill the winner’s former seat.

The other two contested seats are held by Justice Pat DeWine and Justice Pat Fischer. Both are seeking a second term, which are rejected by Democratic Justices Marilyn Zayas and Terri Jamison, respectively.

The Bar Association’s Judicial Campaigns Ads Oversight Committee announced in September that Brunner, Jamison and Zayas had signed their “clean campaign agreement” and took personal responsibility for ads published by their campaigns or authorized committees. DeWine, Fischer and Kennedy declined to sign, the bar association said.

The Dayton Daily News reached out to each candidate’s campaign for comment. Not all responded, but all candidates answered Ohio State Bar Association questions. The following profiles are based on both answers.

Brunner, who was elected to the court in 2020, said she has always viewed her work as a public service.

Brunner outlined priorities for the court, including establishing a commission on fairness and equality in the legal system; creating a criminal convictions database; expanding special court files to address the root causes of crime, preparing for legal issues arising from environmental issues; and improving court technology and continued focus on the opioid epidemic.

She strictly adheres to the separation of powers between the three state powers, but also to the fact that everyone – including the legislature – is subject to the law.

“As the pandemic subsided, I was able to travel throughout Ohio, particularly in rural Ohio,” Brunner said. “They are tired of extremist positions and are looking for qualified, experienced, dedicated civil servants with a focus on public service.”

Kennedy, in her second term at court, said she previously worked as a police officer, attorney and trial court judge.

She has worked with many partners in the justice system to solve specific problems and seen that she could make a greater impact as a Supreme Court justice, she said.

“My legal philosophy is described as legal restraint,” Kennedy said. “My determination of what the law says is governed by the letter of the constitutional provision, statute, or treaty.”

She would try to improve the court system by asking judges to apply for technology grants to allow for faster virtual hearings; Encourage communities to take advantage of the nationwide Stepping Up program for the mentally ill; and promoting the use of drug treatment courts for nonviolent substance abuse.

“I’ve enjoyed touring Ohio and speaking to constituents in all 88 counties,” Kennedy said. “It was a great opportunity to learn about their main concerns: the economy, the rise in crime and the government’s lack of transparency.”

Kennedy said she will encourage young people to work in the court system, “continue to serve on panels that discuss racial injustices in the justice system, and work with community leaders to help them connect to the resources they need,” and implement diversity education and work inclusion programs in court.

In her bar association responses, Kennedy signaled that as Chief Justice she would not consider punitive action for the legislature’s refusal to draw county maps in accordance with court orders. Courts can declare laws unconstitutional and review the actions of other branches of government, but cannot direct legislatures to make specific laws, she said.

“And while the courts have the power of contempt, they don’t have the enforcement powers of the executive branch,” Kennedy said.

The son of incumbent Republican Gov. Mike DeWine, who was elected to the court in 2016, is up against First Circuit Court of Appeals Judge Marilyn Zayas.

“I aspire to serve on the Ohio Supreme Court because my skills and talents are there where I can make the greatest positive difference in the lives of Ohioans,” said Pat DeWine.

Interpretation of the law should be done by focusing on legislative language, he said.

“I share the view that judges are not given a broad mandate to solve society’s problems as they see them, but to decide cases before them according to the rule of law,” DeWine said. “At best, judicial decision-making does not further any particular policy objective; but apply the law justly, as it is written.”

DeWine said he is working on establishing the ICourts task force to improve efficiency, teaches law and works extensively with young attorneys and students.

The legal system should strive to welcome and support everyone equally, he said.

Originally from New York City, Zayas grew up in a “tough neighborhood ravaged by crime and drugs” and became interested in law as a teenager while helping her mother navigate the court system. That background gives her a unique perspective on the court, she said.

Zayas came to Ohio to work for Proctor & Gamble and left that job to go to law school.

“As the first person of color elected to my court and the first Latina elected to an Ohio Circuit Court of Appeals, my goal is to build a reputation as a judge that inspires others from nontraditional backgrounds to pursue a career in law strike,” she said.

Zayas said she created an “Educating Tomorrow’s Leaders” program to promote diversity, equity and inclusion in the court system.

Zayas agreed with other candidates that judicial independence is essential. She joined Brunner and Jamison in saying she wanted to continue O’Connor’s efforts for a law enforcement database and bail reform.

“In addition, I will look for ways to support and extend the use of specialized files, such as E.g. mental health, second chance trafficking, veterans, drug courts and commercial files,” Zayas said.

Jamison, on the Ohio Circuit Court of Appeals since 2021, worked as a coal miner in West Virginia before beginning her law career. She said she is running to preserve and strengthen the independence of the Supreme Court. Jamison specifically mentioned the court’s contribution to the redistribution as a “check and balance” for the Legislature and the Executive.

Like Brunner, Jamison said she wants to continue O’Connor’s work on technology, access to justice, creating a criminal convictions database and modernizing the criminal procedure manual.

Jamison said she has always advocated for equal access to justice, diversity and inclusion, and has looked for alternatives to juvenile incarceration.

The courts must be above politics, she said.

“Of course, cases with political implications will come to court. If they do, the judges hearing them should make decisions based solely on the law,” Jamison said.

Fischer said he wanted to be a lawyer since eighth grade and described his legal philosophy as “common sense textualism”.

Elected to the Supreme Court in 2016, he said he continues to learn, make public presentations and join the Bar Association’s efforts for diversity and inclusion.

“The courts must remain a separate branch of government, leaving legislation to the legislature and execution to the executive,” Fischer said.

Fischer said he believes judges and the bar association should work together to improve the justice system.

The midterm elections are coming up. Here’s what that means for the US housing market.

The federal government plans to increase social programs by 15%. – The Yucatan Times