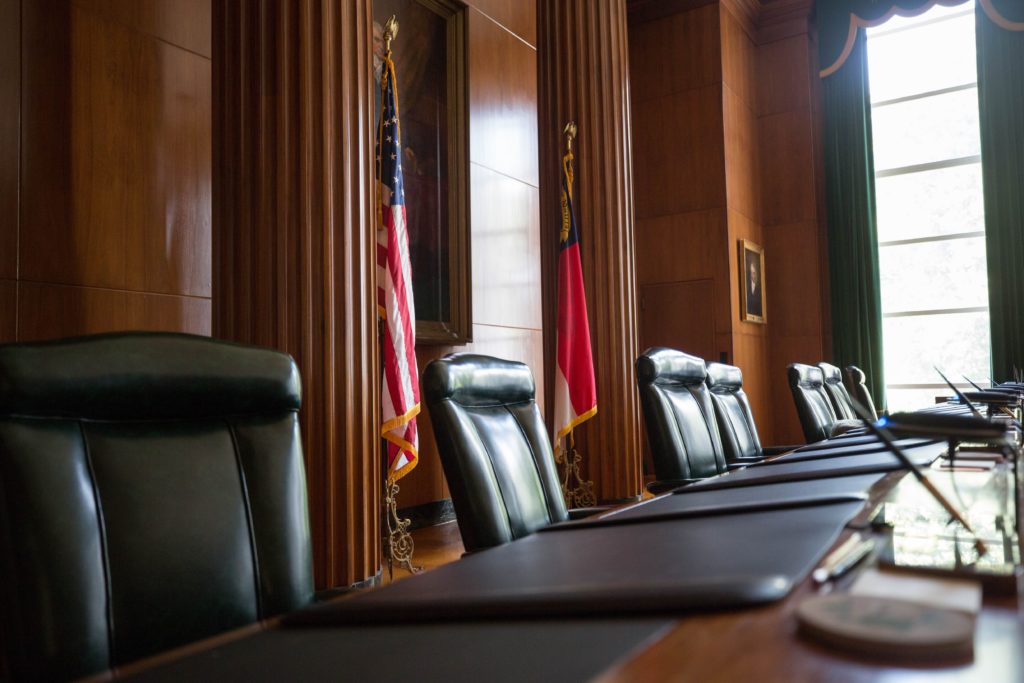 Proponents of a proposed $1.7 billion court-ordered increase in NC education funding are renewing their pleas in the NC Supreme Court. Court filings Tuesday urged judges to revisit a 1994 case.

The direct problem is the order of a retired Union County judge to transfer the $1.7 billion from the state coffers and into education-related programs.

The NC Court of Appeals blocked the order on Nov. 30 with a 2-1 panel ruling that Judge David Lee exceeded his authority. The majority of the panel issued an “injunction” against Lee, ruling that the trial judge could not compel state officials to transfer funds without legislature approval.

Supporters of the transfer are demanding that the Supreme Court overturn the Appellate Body’s decision. They argue that judges must have the power to order additional appropriations if the General Assembly refuses to act.

“The critical questions that remain concern the role of the judiciary in defending the fundamental constitutional rights of these vulnerable children, whose ongoing violations have long been identified.” wrote Attorney Melanie Dubis. She is representing plaintiffs in the case now known as Hoke County Board of Education v. State is called.

“And specifically, what remedial powers are available to the judiciary when faced with a recalcitrant General Assembly that defiantly refuses to provide the funds needed to implement the remedies these children need to correct constitutional violations?”

“Unfortunately for the children of North Carolina, the majority of the Circuit Court of Appeals has ruled that the judiciary is virtually powerless
under the Constitution to defend the rights of these children,” added Dubis. “Following a majority justification, the General Assembly can indefinitely ignore the constitutional violations simply by withholding the necessary funds. Indeed, according to the majority, the General Assembly could provide as little as a dollar — or some other ridiculously inadequate amount — to “fulfil” its commitment to provide a “universal and unified system of free public education,” and the people of North Carolina would have no legal recourse to do so.”

Dubis’ court filing specifically asked the NC Supreme Court to reject submissions by Senate Chairman Phil Berger, R-Rockingham, and House Speaker Tim Moore, R-Cleveland. The Legislature has asked the Supreme Court not to intervene in the current dispute over the money transfer.

“[T]The General Assembly on whose behalf Mr. Berger and Mr. Moore purport to act has stood on the sidelines for more than twenty-seven (27) years, ignoring the significant — and unanimous — interests of this court,” Dubis wrote. “Only now Mr. Berger and Mr. Moore are trying to break away from the defendant and are trying to dismiss an appeal in which they are not involved (and in which they have made no attempt to intervene). This is inappropriate.”

The state’s top court has issued two previous opinions in the case, in 1997 and 2004, when it went by the nickname Leandro. In both cases, the Supreme Court ruled that the state had an obligation to provide students with access to a solid basic education. The later judgment said that the state had failed to fulfill the obligation.

“[T]The harm to the children of North Carolina, recognized by this court in 2004, continues,” Dubis wrote. “Right now, thousands of vulnerable children are being denied the opportunity to exercise their fundamental right to a solid basic education. The prosecutor has admitted – and did so unreservedly in the trial court – that children in North Carolina are currently at risk of significant constitutional violations. An immediate and final decision by this court is necessary to prevent further and irreparable harm to these children.”

“The overwhelming public interest at stake makes further delay unreasonable: neither nor [Intervenors] nor the rest of North Carolina
School children should have to wait one more day for the constitutional opportunity ordered by this court nearly two decades ago,” wrote Attorney Elizabeth Haddix of the Civil Rights Bar Committee under the law. “In addition to this interest, the whole matter concerns legal principles of major importance relating to the doctrine of the separation of powers and inherent and constitutional judicial authority, on which the Court of Appeal has already ruled.”

On the other side of the argument, lawmakers and state controller Linda Combs filed papers in late December asking the state Supreme Court to refuse to intervene in the case at this time. Combs is one of the state officials who would have to take action on Lee’s orders to transfer funds without the consent of the legislature.

“Despite the strident tone of the plaintiffs’ motions, the Court of Appeals’ injunction was a measured and limited measure to ensure that the controller could safely perform her duties – without risking the risk of disregarding the order of the November 10, 2021 trial.” , wrote attorney Matthew Tilley, who represents lawmakers.

“Prohibiting the judiciary from enforcing an amount of money against the state is hardly a new or controversial proposition,” Tilley added. “North Carolina law is clear that ‘the separation of powers clause prevents the judiciary from even encroaching on public funds,’ even when trying to remedy a violation of another constitutional provision that governs how those funds must be used. “

There is no timeline for a Supreme Court decision on whether to consider the dispute over the $1.7 billion transfer.