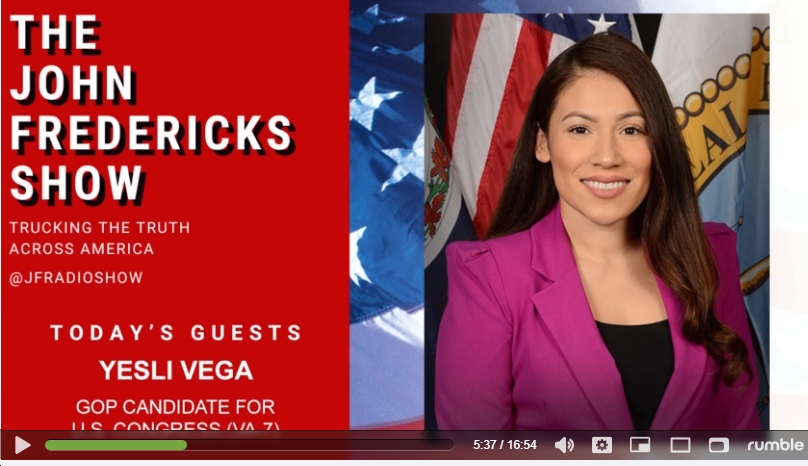 Rep. Abigail Spanberger (D-VA07) responds after Yesli Vega said, “We must” shut down the federal government

Virginia’s 7th Circuit is home to thousands of federal employees

In an interview on Tuesday with conservative radio host John Fredericks, Yesli Vega said she would vote to shut down the government if elected to the US House of Representatives.

VEGA: I definitely think we need to step on the brakes and take a closer look at what’s happening and yes, government isn’t the solution, is it? The government is usually the problem, and that’s why you’re over here creating these problems – and you don’t want to do anything to fix them. So if it has to come to that, I think we have to do it.

“The idea that my opponent would vote to shut down the government just because her political party isn’t in the White House means she understands the disastrous impact of closures on the people of Virginia, on Virginia’s economy, on our nation’s economy and ours doesn’t understand national security.

“In a district home to thousands of proud career officials, she’s completely out of touch.”

When Spanberger was first sworn into office in 2019, she introduced legislation — the Stop STUPIDITY Act — to help prevent future government shutdowns and protect federal officials from being used as negotiating tools in federal budget talks. The bill was the first she introduced as a member of the US House of Representatives.

During Spanberger’s first month in Congress, she and a bipartisan group of lawmakers joined former President Trump in the White House to broker the end of the longest government shutdown in US history.

Virginia’s Seventh Circuit is home to thousands of government employees whose family income depends on an open federal government.