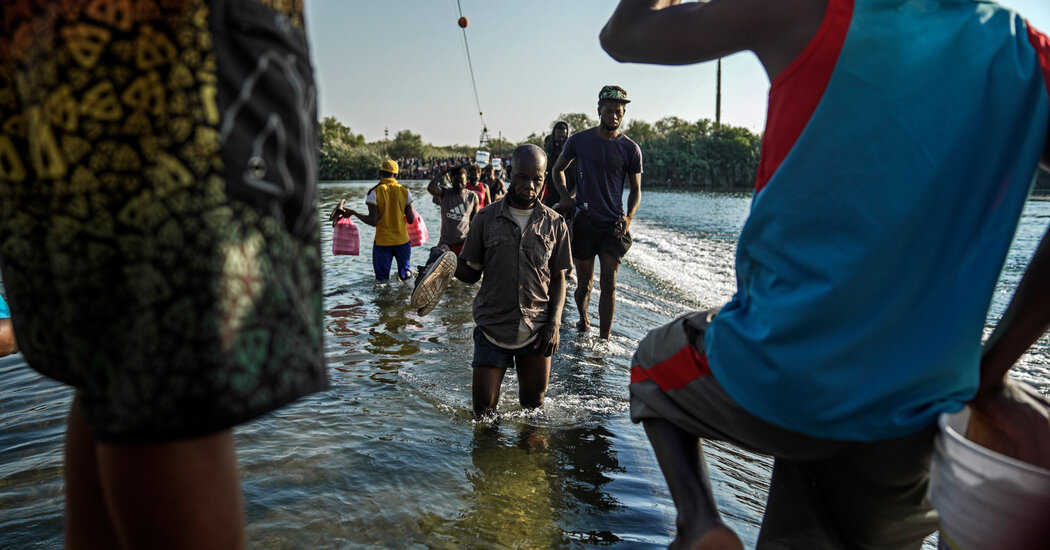 But he said, “Making the necessary changes won’t happen overnight.”

Still, many people, including some affected by the Russian invasion of Ukraine, say they are running out of time.

Iryna Bohdan, a 50-year-old Ukrainian, won a green card lottery in May 2019 through the diversity visa program, which gives priority to countries with low levels of immigration to the United States. However, she was barred from entering the United States due to the Trump administration‘s pandemic restrictions.

She raised hopes when Mr. Biden took office because during his campaign he had hailed the visa lottery and even suggested adding about 25,000 visas to the program. Last fall, two judges directed the Biden administration to process backlogged visas this year.

That month, lawyers also argued that the orders would undermine the president’s ability to impose future travel restrictions on other visa applicants, including Russian officials who have been sanctioned by the United States for invading Ukraine.

“We don’t know what to do,” said Ms Bohdan, who fled to Poland this month with her 14-year-old twin sons. Through a translator, she said her family visited relatives in north-eastern Ukraine before the war began and had no time to go home to get clothes, belongings or the animals they care for at their veterinary clinic.

Vitali Demchenko, who won the visa lottery more than two years ago, said he now stayed up at night at his home in Ternopil, western Ukraine, listening for sirens warning of a Russian attack, just in case that his family has to hide in an air raid shelter.