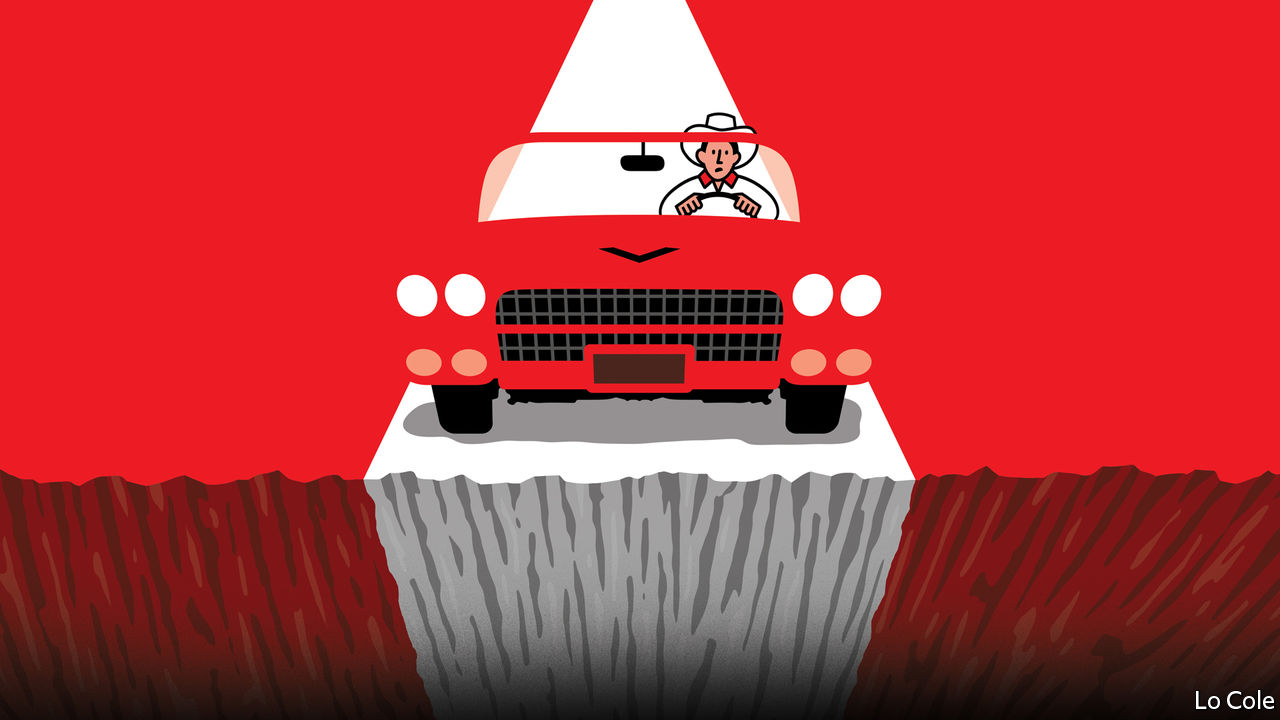 F.OR A DEMOCRACY It takes democrats to survive. If large parts of the opposing political camps see themselves as enemies to be destroyed, and not as mere opponents with whom they can peacefully compete, then democracy is seriously threatened. That was the case in Spain on the eve of the civil war in the 1930s, and in Brazil and Chile in the run-up to the military coups in 1964 and 1973, respectively. Peru has appeared worryingly unstable in recent weeks after a polarized election campaign split the country in half.

Enjoy more audio and podcasts on iOS or Android.

The official count gave Pedro Castillo, a teacher and union leader who runs for a far-left party, victory in a runoff election on June 6 with just 44,000 votes (out of 17.6 million) ahead of his conservative opponent Keiko Fujimori. Ms. Fujimori’s supporters have spent the past month crying scams. They want to cancel 200,000 votes from Mr Castillo, claiming they are fake. But international observers found no serious irregularities on election day. The US and the European Union praised the conduct of the elections. Ms. Fujimori’s lawyers have provided no evidence of fraud. No one came forward to support claims that signatures had been forged. The electoral court has so far rejected the allegations. It seems ready to proclaim Mr Castillo president.

Will the conservative camp accept defeat? Ms. Fujimori said she will respect the tribunal’s verdict despite narrowly losing in 2016 to thwart the centrist who defeated her. Others were grosser. In one bizarre development, Vladimiro Montesinos, the corrupt spy chief when Fujimori’s father ruled Peru as an autocrat in the 1990s, appeared on a taped phone call from his prison cell with a collaborator to propose bribing members of the electoral court. Numerous retired military officials signed a letter last month calling on the armed forces not to recognize an “illegitimate” president. A former presidential candidate called for “a civil-military alliance”. It smells like an attempt to overthrow democracy in the name of its defense. “It’s very dangerous to question the rules,” says Paula Muñoz, political scientist at Pacific University in Lima.

But the Democrats also have legitimate reasons to be concerned about Mr Castillo – urgent ones because he will become president on July 28th. His party is Marxist-Leninist. Its founder and leader Vladimir Cerrón spent a decade in Cuba. Their program includes large-scale nationalizations. Mr Cerrón is under investigation (which he denies) alleging illegal campaign funding. Mr Castillo’s organized supporters include supporters of a follow-up movement to the Shining Path, a terrorist group whose uprisings between 1980 and 1992 cost around 70,000 lives.

Mr Castillo failed to use the runoff vote to convincingly get into the middle. Instead of distancing himself from Mr Cerrón, at a meeting last month he agreed that he would share power with him. Mr Castillo’s statements were contradictory. “We are not communists, we will not take property away from anyone,” he said before a meeting with business leaders. “We will respect this constitution.” Days later, he said his first act as president would be to ask Congress to convene a constituent assembly to write a new constitution “with the smell, color and taste of the people.” This was the means used by left-wing populists like Hugo Chavez from Venezuela and Evo Morales from Bolivia to concentrate power and try to rule as autocrats indefinitely.

Mr Castillo’s position is weaker than that of these leaders. In the first ballot he won only 15% of the vote; his allies hold 42 of the 130 seats in the new Congress. It only won because many moderate Peruvians couldn’t bring themselves to vote for Ms. Fujimori. But he can rely on the power of the teachers’ union and the Ronderos (rural vigilante). And he will have access to government resources.

The likely outcome is chaotic, poor governance at best. Mr. Castillo has shown little ability to build alliances or a team capable of governing. He will take over a country that is still affected by the pandemic and the associated recession. Peruvians want a government that takes care of their problems instead of adopting a new constitution that a majority say is not wanted by a majority. Then the question arises of how long the country can tolerate an incompetent president. Congress has deposed two presidents in the past five years. It wasn’t long before Peruvians started voting again. Or they can be faced with something much worse.