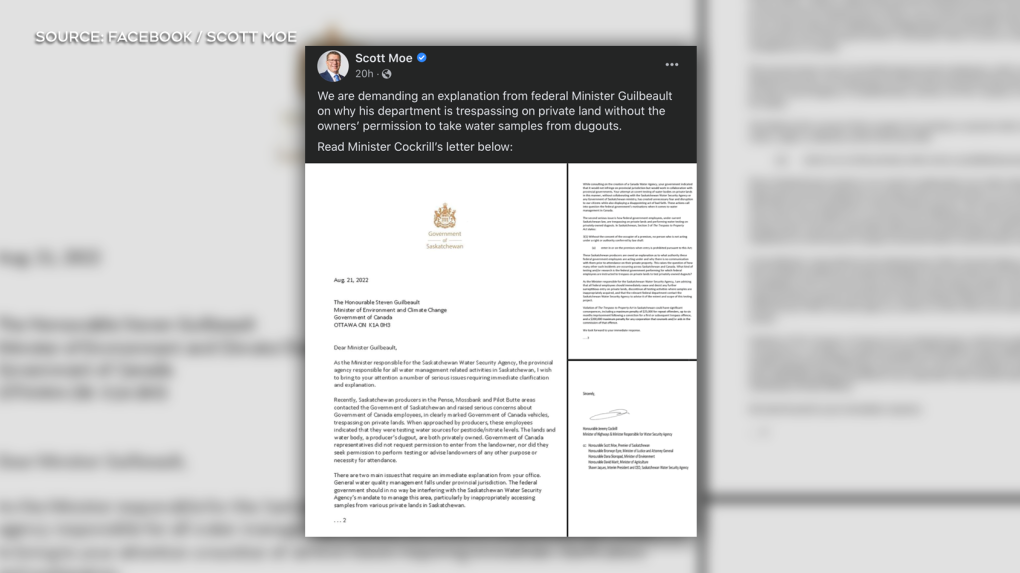 Saskatchewan Minister Jeremy Cockrill is calling on Steve Guilbeault, Secretary of the Environment and Climate Change, to address what he and his constituents are calling for trespassing on private property.

Recently Cockrill, the provincial minister in charge of Saskatchewan’s Water Safety Agency, alleged that the provincial government had received reports of federal government vehicles in Pense, Mossbank and Pilot Butte on private property without the consent of the landowners.

In a letter to the Minister, Cockrill explains in part:

“When approached by producers, these workers said they test water sources for pesticide/nitrate levels. The land and water body, a producer’s shelter, are both privately owned. Canadian government officials have not asked the landowner for permission to enter, nor have they attempted to conduct tests or advise landowners on any other purpose.

Cockrill wants the federal government to address why federal employees are testing general water quality when it’s a provincial responsibility and why they’re trespassing on private property.

Both he and Premier Scott Moe are demanding that the federal government give Saskatchewan producers an explanation and ask why there is no communication on the matter.

They also demand that any further trespassing by federal agents on private property be stopped immediately.

Where does Congress get its subpoena power? Note: You won’t find it in the Constitution