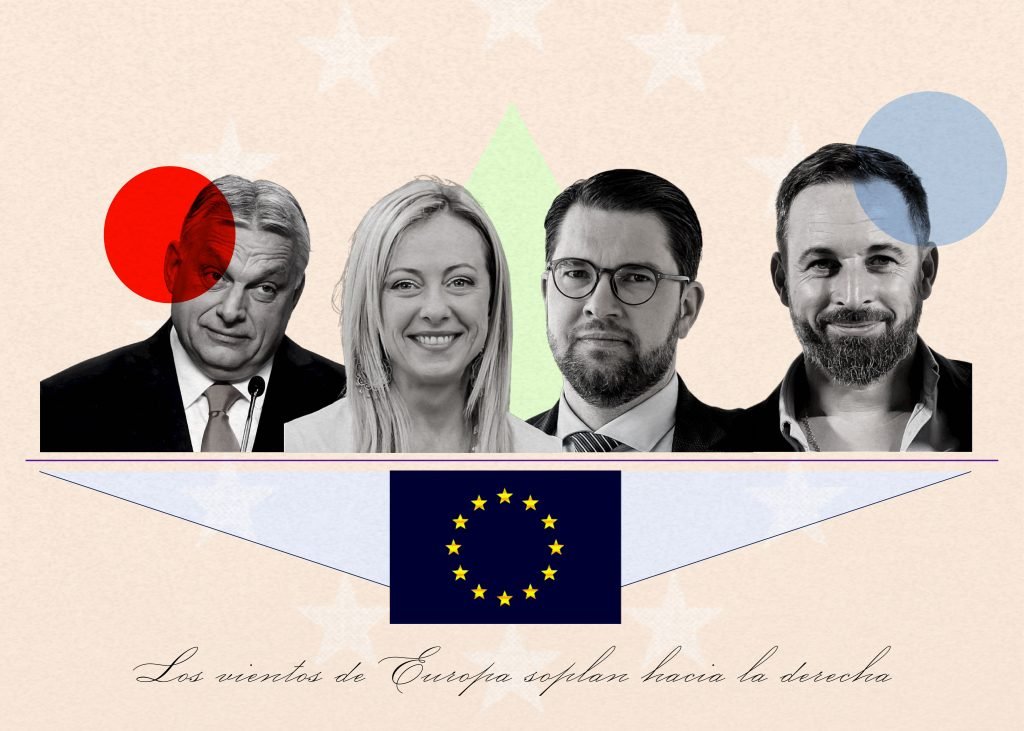 The Winds of Europe Blow to the Right: How Conservatism Gains Momentum in the Old Continent

Before the pandemic, if someone told you that the number of national conservative governments in the European Union would double while at least two other parties were poised for the next election, you would be called insane.

But that is the reality in 2022, when, after two years of pandemic restrictions and decades of uncontrolled migration, the people have had enough with turned-away elites who have never been affected by the policies they enacted.

Aside from the continent’s conservative mainstays, Hungary and Poland, two unlikely countries will join this list: Sweden and Italy.

The conservative revolutions in Sweden and Italy

After having had left-wing governments throughout all but eight of the past 28 years, Sweden held general elections on September 12 in which the conservative Sweden Democrats (SD) party, led by Jimmie Åkesson, took second place. However, the typical European coalition system, which has neutralized conservative governments in the past, helped the SD this time: together with their potential allies, the Moderate Party, the Social Christian Party and perhaps the Liberal Party, they have enough members of parliament to form a government, though under the leader of the Moderate Party, Ulf Kristersson.

But even if Åkesson does not become prime minister immediately, his party will have a significant impact on the leadership of the Swedish government. The Moderate Party has shown sympathy for some of Åkesson’s proposed immigration and law enforcement reforms.

No other prime minister has passed the three-year mark in 35 years.

A longtime congressman and leader of the Fratelli d’Italia (Brothers of Italy) could finally break the three-year mark if she wins thanks to a not-so-disparate coalition being formed by her party; Forza Italia, Berlusconi’s party, under which she served as youth minister; and Northern League.

The Lega Norte, led by Matteo Salvini, technically formed the first populist government in modern Italian history through an odd coalition with the Five Star Movement that, as usual, only lasted two and a half years. Now, under Meloni’s wings, she could be part of a solid majority in Congress likely to take a stronger stance on migration and defense of the traditional family.

But that’s hardly it. The UK has a new government led by Liz Truss. Truss can hardly be considered a staunch conservative as her career has been shaped by a chameleon survival instinct. Nonetheless, the most conservative wing of the Tories rallied behind her to fill her cabinet with solid Conservatives and align her with them.

So far, she has appointed anti-life MP Thérèse Coffey as health minister and deputy prime minister; a solid home secretary from the anti-transgender movement in Suella Braverman, James Cleverly, a pro-Brexit MP as foreign secretary; Ben Wallace, a staunch Conservative, as Secretary of Defense (a position he held under Boris Johnson); probably the most conservative MP, Jacob Rees-Mogg as Secretary for Business, Energy and Industry; and rising Conservative rising star Kemi Badenoch as Secretary for International Trade.

Some therefore hope that the appointment of strong Conservatives and Brexiteers will steer Truss’s government to the right.

The increasingly unpopular government of Pedro Sánchez in Spain faces a difficult electoral challenge in 2023. Due to inflation, gas price hikes, high unemployment, unpopular education reform and migration policies, Sánchez has a weak approval rating of 36%. Many seem to believe that his coalition partners – the extreme left – control most of his government’s policies, leading to his government’s demise.

The People’s Party, led by the centrist Alberto Feijóo, has an eight-point lead over the governing party PSOE with 32.3% of the voting intentions and would have more than enough seats to form a government in the event of a coalition with the Natcon party Vox.

Of course, it remains to be seen whether Feijóo, who is notorious for turning left at times, will be willing to form a coalition with Vox led by former PP Congressman Santiago Abascal. But having entered Congress less than five years ago, becoming the potential kingmaker in Spain is a stunning achievement for Abascal’s party.

The Future of National Conservatism in Europe

That doesn’t mean, of course, that conservative governments will overtake the EU. Far from it. However, after years of being left alone as pariahs over their border security, family and life policies, Poland and Hungary could find it too hard for the EU to ignore Sweden and Italy if they join the list of right-wing governments. And a likely involvement of Vox in a future governing coalition in Spain, and the growth of parties like Chega in Portugal and AUR in Romania, means we are closer to seeing more solid conservative parties play a significant role in governing coalitions or take a major role in the opposition.

So where is this national conservative revival coming from? The answer is fairly simple: the mutation of the EU and the sheer inability (or apathy) to govern the continent’s left-leaning governments.

Sweden has evolved from a Nordic dream into a multicultural nightmare. The country has suffered 500 bombings since 2018. It has the highest rate of fatal shootings per capita in the EU. Not surprisingly, 85% of alleged gunmen are first- or second-generation immigrants. Immigrant neighborhoods are hubs of gang crime, with over 40 criminal clans operating in government, according to National Police Deputy Police Commissioner Mats Löfving. Sweden was the country that took in the most immigrants per capita during the 2015 refugee crisis, and now 23% of adult Swedes are foreign-born – and a large majority of asylum seekers are male, around 70%.

To suggest that there is a strong correlation between both elements should hardly be controversial.

But of course the left-wing government typically responded by denying the seriousness of the situation and saying, along with the media and the intellectual class, that those who were declaring this – mainly working-class people – were racists. Who were the only ones who seriously dealt with this topic? The Sweden Democrats, of course.

Åkesson was also successful in ridding the party of its Nazi past and the most extreme politicians, which of course helps create a new perception of the party.

The same concerns about migration have led to a rightward swing in Italy, which is one of the main destinations for migrants from North Africa crossing the Mediterranean Sea by boat.

However, Italy’s problems are much more systemic and go beyond mere politics, as in Sweden: only three prime ministers have ruled the country for over three years since World War II. The latest attempt at a governing coalition – a government of national unity led by former EU bureaucrat Mario Draghi – collapsed after a year and a half. What was the only major party not to join the coalition? Right, Melonis FdI.

The formula for national conservatives varies between European countries, but it appears to have at least three features in common: isolating actual extremists, focusing on migration and crime, and adopting a principled stance against the left and EU bureaucrats.