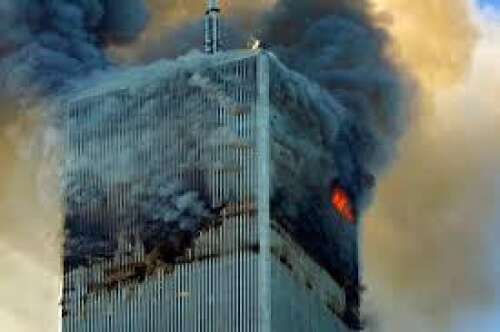 This day in history – May 24th

The four men found guilty of the 1993 bombing of New York’s World Trade Center are each sentenced to 240 years in prison on this day in history, 1994.

2010: Security forces enter the Tivoli Gardens community after an altercation with gunmen. The operation aims to apprehend Tivoli strongman Christopher “Dudus” Coke, who has been ordered by the United States government to extradite himself on drug trafficking and arms smuggling charges.

1689: The Toleration Act is passed by the British Parliament, granting nonconformists freedom of religion and allowing them their own houses of worship and their own teachers and preachers.

1738: John Wesley is converted and starts the Methodist movement, celebrated annually by Methodists as Aldersgate Day.

1822: South American rebels under the command of Antonio José de Sucre defeat Spanish royalists on the slopes of Cerro Pichincha volcano in Ecuador. The rebels occupy nearby Quito the next day.

1830: The first passenger railroad in the United States begins service between Baltimore and Elliott’s Mills, Maryland.

1844: Samuel FB Morse delivered the message “What Has God Worked!” from Washington to Baltimore when he officially opened America’s first telegraph line.

1856: A group of abolitionists led by John Brown launched a nighttime raid on a pro-slavery settlement on Pottawatomie Creek in the Kansas Territory, killing five men.

1881: About 200 people die when the Canadian ferry Princess Victoria sinks near London, Ontario.

1890: Italy reorganizes its Red Sea territories as the colony of Eritrea.

1938: Carl Magee of Oklahoma receives a US patent for the first coin-operated parking meter, which is ubiquitous on streets across the country.

1949: The Federal Republic of Germany is created – in the parts of Germany occupied by the Western Allies – with the proclamation of its constitution.

1962: The London Conference of Barbados, Windward and Leeward Islands concludes with the Little Eight proposing a new West Indies Federation.

1972: The United States and Soviet Union agree to jointly launch US and Soviet spacecraft into orbit by 1975.

1975: US President Gerald Ford approves two bills providing more than $400 million for the resettlement of refugees from South Vietnam and Cambodia.

1981: Ecuador’s President Jaime Roldos Aguilera is killed in a plane crash in the Andes near the Peruvian border.

1990: US President George Bush unconditionally renews China’s trade status as “most favored nation” to the United States for one year.

1992: US President George Bush orders the Coast Guard to intercept Haitian refugees at sea and bring them back to Haiti. Al Unser Jr. becomes the first second-generation winner of the Indianapolis 500; his father, four-time winner Al Unser, is third.

1994: Stampede kills 270 pilgrims at a shrine in Mecca, Saudi Arabia. Four men convicted of the 1993 bombing of New York’s World Trade Center are each sentenced to 240 years in prison.

1998: The first multi-party vote in a Chinese Communist-ruled region takes place in Hong Kong. Pro-democracy parties win most of the parliamentary seats up for vote.

2000: Santiago’s Court of Appeal strips General Augusto Pinochet of his immunity from prosecution, paving the way for the ailing former dictator to be charged with human rights abuses. Israel is ending its 18-year occupation of southern Lebanon and withdrawing the last of its troops from its self-declared safe zone. Eminem releases his third studio album, The Marshall Mathers LP – the fastest-selling studio album of all time; The work also won the 2001 Grammy for Best Rap Album.

2002: US President George W. Bush and Russian President Vladimir V. Putin sign a nuclear arms reduction treaty that requires both nations to reduce their nuclear stockpiles by two-thirds over the next decade.

2005: Uzbek President Islam Karimov makes his first trip abroad since a bloody crackdown on protesters, departing for a visit to China, which has brought rare support to the authoritarian Central Asian leader.

2006: Thousands of Hindus gather in the southern Nepalese city of Birgunja to protest Parliament’s push to declare Nepal a secular state after curtailing the king’s powers.

2007: The US government halted all imports of Chinese toothpaste to test for diethylene glycol, a deadly chemical reportedly found in tubes sold elsewhere in the world.

2008: Myanmar’s ruling junta says it will allow foreign aid workers and merchant ships to help survivors in the cyclone-devastated Irrawaddy Delta, but refuses to accept aid from US, French and British military ships that have been offshore for more than a week waiting .

2010: The doctor whose research linking autism and the measles, mumps and rubella vaccine caused millions of parents to refuse vaccination for their children is banned from practicing medicine in his native Britain.

2011: Egypt’s Attorney General orders former President Hosni Mubarak to be tried on corruption and conspiracy charges in the deadly shooting of protesters during the insurgency that ousted him, a stunning move against a leader whose power has been near for three decades was undisputed.

2012: Iran and six world powers conclude what are still far-off talks over oversight of Tehran’s nuclear program, but with a determination to continue dialogue as an alternative to possible military action.

On this day in history, 1938, Carl Magee of Oklahoma is granted a US patent for the first coin-operated parking meter, and the device’s widespread presence on streets across the country follows.