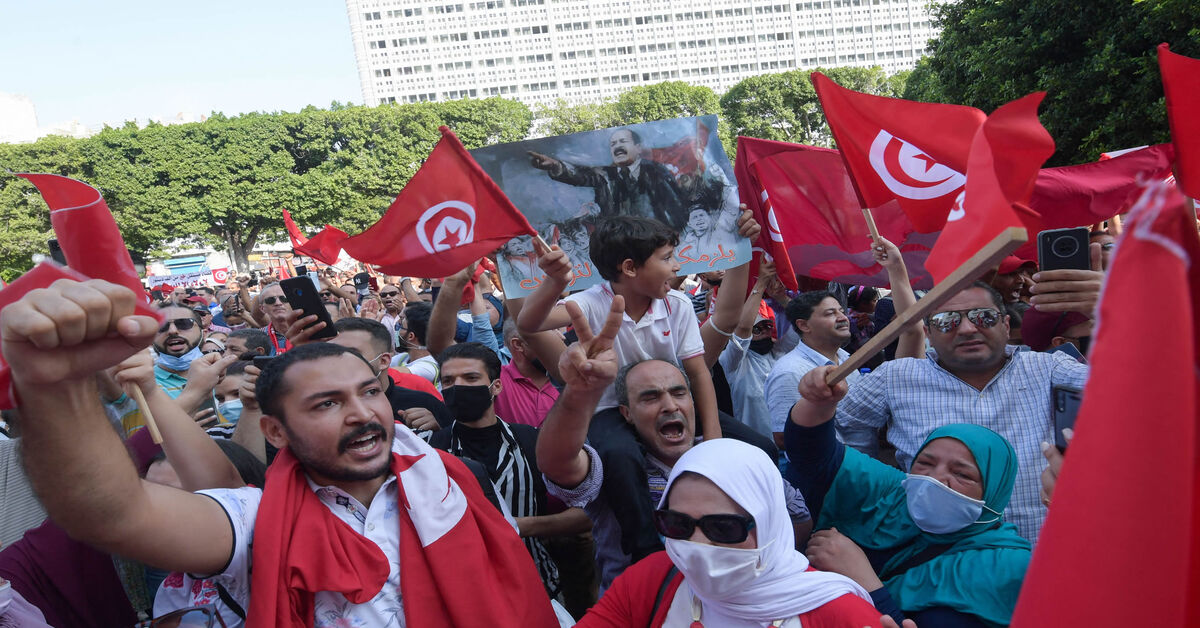 The 10-year cooperation agreement between the United States and the Tunisian military could be undermined if the President of the Tunisian Republic continues to use the military for political purposes and implicates it in human rights abuses such as trials of civilians in military courts.

American-Tunisian military cooperation dates back to World War II, when Tunisians fought alongside the Allied offensive against the Nazis. This strong relationship resulted in Tunisia becoming a key non-NATO ally under the Obama administration.

The cooperation agreement was signed when former US Secretary of Defense Mark Esper visited Tunisia in October 2020. According to a spokesman for the US Africa Command (AFRICOM), “the military partnership between the US and Tunisia is based on strong security cooperation that focuses on building Tunisia’s military capacities”. Counter threats and support Tunisia’s efforts to become a regional training center. “

Tunisia is still rebuilding its army and air force after around 60 years of neglect under Presidents Habib Bouguiba (1957-1987) and Zine El Abidine Ben Ali (1987-2011), both of whom marginalized the military on fears that the army could become a power rival its authority.

The 2011 revolution marked a turning point in the fortunes of the Tunisian armed forces when, from 2012, President Moncef Marzouki created a more decentralized and democratic command structure and eliminated the old elites who were close to Ben Ali.

Since 2011, the USA has been the third largest donor of foreign aid to Tunisia after Germany and the European Union. Investments have quintupled since the 2011 revolution when total donations of 57 billion total budget of $ 244.9 billion.

Radwan Masmoudi, president of the Center for the Study of Islam and Democracy in Washington, told Al-Monitor, “The army’s budget has tripled since the revolution and about 60% of the budget comes from US military aid.”

This included significant acquisitions such as the US-made Black Hawk helicopters and major upgrades in artillery. However, her expertise lies in the internal fight against terrorism and the control of sea borders and not in a war-capable army.

US cooperation played a supportive role with the public, despite reports that the United States had expanded its fight against terrorism to the Sahel and Maghreb. The military news website Task and Purpose reported that in February 2017, the Tunisian army was assisted by members of the US Marine Corps who waged a three-day battle with al-Qaeda in the Islamic Maghreb on Mount Semama in western Tunisia, injured and awarded two medals downplayed by both governments.

He added: â€œThe Chairs of the Armed Services Committee and Foreign Relations Committee made statements that they were very concerned about the role of the Army in Saied’s unconstitutional takeover. The military should never interfere in politics. Whether it is a coup or not, it is a political crisis and should be handled by civilian politicians, not the army. “

According to former diplomat William Lawrence, a professor of political science at the American University in Washington, Leahy Law said the United States could have reason to withdraw its military support as convicting civilians in military courts is a gross violation of human rights. â€œAFRICOM pursues politics, but stays as far away from politics as possible. But when a political situation gets bad enough, they raise a red flag and go to the Pentagon and the government, â€he told Al-Monitor.

In September the US Ambassador to Tunisia, Donald Blome, tried to stress that the US Agency for International Development would continue to support Tunisia at all levels.

Lawrence noted, â€œBoth the Pentagon and the Tunisian military will press to keep this up [cooperation relationship] despite Said. However, Congress will call for military aid to be reduced. However, I think the United States should increase aid that Saied does not support, such as vaccine donations; [however] If you cut help, you will strengthen it rather than weaken it. “

The AFRICOM spokesman said at the time of the interview: â€œOur military engagements with Tunisia have not changed. The United States has committed itself to support the Tunisian people and the democratic and economic development of Tunisia, as well as our military and security cooperation. “

High-level meetings were held frequently in September, attended by AFRICOM’s General Stephen Townsend and Tunisian military leaders. He first met Saied and his defense minister, Ibrahim Batargi, on September 9. Townsend returned to Tunisia and Libya for a two-day visit to North Africa September 27-28, where he met with Chiefs of Staff and Blome to discuss upgrading Tunisia’s counter-terrorism capabilities. Townsend reportedly spoke to Saied on the phone shortly before the president announced his new prime minister.

Where democratic states have criticized Saied’s rise to power, Egyptian President Abdel Fattah al-Sisi has openly declared his support for Tunisia’s political change of direction and a blow against what he believes to be allies of the Muslim Brotherhood, also known as Tunisia’s Muslim Democratic Party, Ennahda.

The two countries share concerns about Libya, but it was Egypt that backed Field Marshal Khalifa Hifter’s war against Tripoli in 2019-20. And while Tunisia is heading for autocracy, Libya is preparing for democratic elections in December.

Tensions between Tunisia and Libya flared when Tunisian authorities claimed 100 foreign fighters near the Turkey-controlled Watiya air base, 30 kilometers from the Tunisian border, were about to enter Tunisia. Matters escalated when an offended Libya dismissed allegations of exporting terrorism to Tunisia. Libyan Prime Minister Abdul Hamid Dbeibah reportedly said: “If Tunisia wants to build real and sincere relations with us, it must respect neighboring countries.”

Jean-Louis Romanet-Perroux, director of the North African Policy Initiative based in Tunis, told Al-Monitor: â€œThe baseless but precise nature of the allegations and the speedy withdrawal raises questions about theirs [Tunisian authorities] Intentions, especially given their negative consequences. You ruined the relationship between the two countries. “

This dispute resulted in delays in the reopening of the Tunisian-Libyan border with lengthy dialogues forcing Dbeibah to fly to Tunis himself to speak to Saied in order to rescue cooperation agreements. But Tunisia has not yet fully opened its borders to its neighbor.

Romanet-Perroux said: â€œThe apparent lack of advisors to President Saied, particularly in the areas of security and defense, poses a particular challenge. It increases the risk of being manipulated by alarming reports and disinformation artfully based on half-truths. “

Lawrence warned that Saied’s foreign policy games could further weaken Tunisia’s position and jeopardize the security that US-Tunisian cooperation is trying to ensure. He said: â€œAlgeria plays a big role in the stability of Tunisia. I don’t think Kais Saied respects this very much and Saied has taken a position on the Egyptians, Emiratis and Saudis, which Algerians find alarming. “

Although parliamentarians have called for Parliament to return, many have voiced their fear of violence. The Army’s armored vehicles have largely been replaced by the police, but at least one has been repositioned within Parliament’s perimeter fence. On the same day, the Al-Karama Party MP Maher Zid was tried in a military tribunal.

With Saied, who is also Commander in Chief of the Armed Forces, now forming his government to manifest his vision for Tunisia’s future, civil society and Congress will focus on how he uses the army and whether he continues to use it to advance his political work sets goals.

Afghan lawyers are on the run from men who prosecuted them